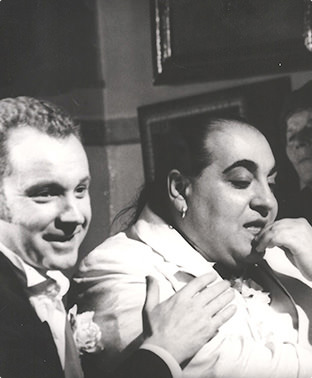 Pera Film presents a screening of accomplished female director Kira Muratova's films in reference to International Women's Day from March 5-19. Based on two of Chekhov's works, the play "Tatiana Repina" and the short story "Difficult People," "Chekhov's Motifs" is a fascinating two-layered production. The film begins with a young man returning to his small village to borrow money, which turns out to be a request that sets off a bitter confrontation between him and his father. After the son runs out of the house, he walks into a wedding service taking place at the local Orthodox church. The groom is an overweight opera singer and the bride and her family are grotesque examples of Russia's nouveaux riche.