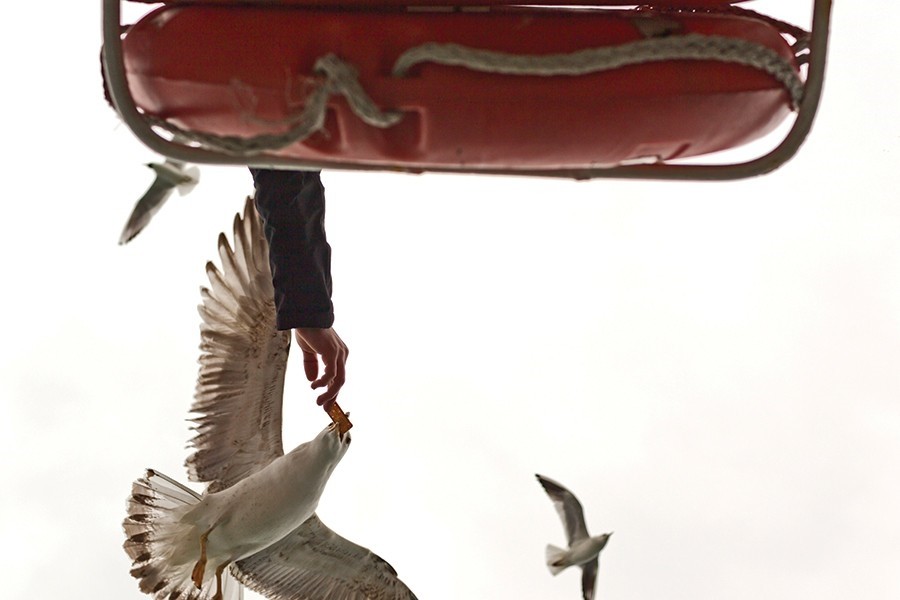 A work by Murat Gu00fcr
by Daily Sabah Feb 18, 2017 12:00 am
Murat Gür and Mustafa Yılmaz, two veterans of Turkish photography, have crowned their decades-long collaboration with a group exhibition titled "Suret-i Cihan" (The Image of the World) at Istanbul's Zeytinburnu Culture and Arts Center.

The exquisite exhibition features stories about the beauty of Anatolian civilization and other eastern cultures through pictures taken in Anatolia as well as other parts of the world.

Saying that the exhibition was the final product of two years of collaboration, Murat Gür said, "The exhibition features 40 photographs taken around the world, especially in different parts of Anatolia. We preferred portraits in 'The Image of the World,' and wanted to show portraits of people taken in their natural surroundings. To tell the truth, the stories of the people we photographed were sometimes more touching than the photographs. Hence, we focused on stories."

Meanwhile, Mustafa Yılmaz said that they take the exhibition as an opportunity to share their photographs with art lovers. He said, we decided to display photographs we took in Anatolia as well as countries that represent eastern culture such as Iran, Chad, Indonesia, and Sudan. Since our main theme was people, we decided to call the exhibition "The Image of the World." Speaking at the inauguration of the exhibition, Zeytinburnu Municipality Mayor Murat Aydın thanked those who put a lot of effort into organizing the exhibition.

"I am personally interested in photography. I have been taking photographs for years as a hobby. I take my camera everywhere and immortalize the images that attract my attention," he said.