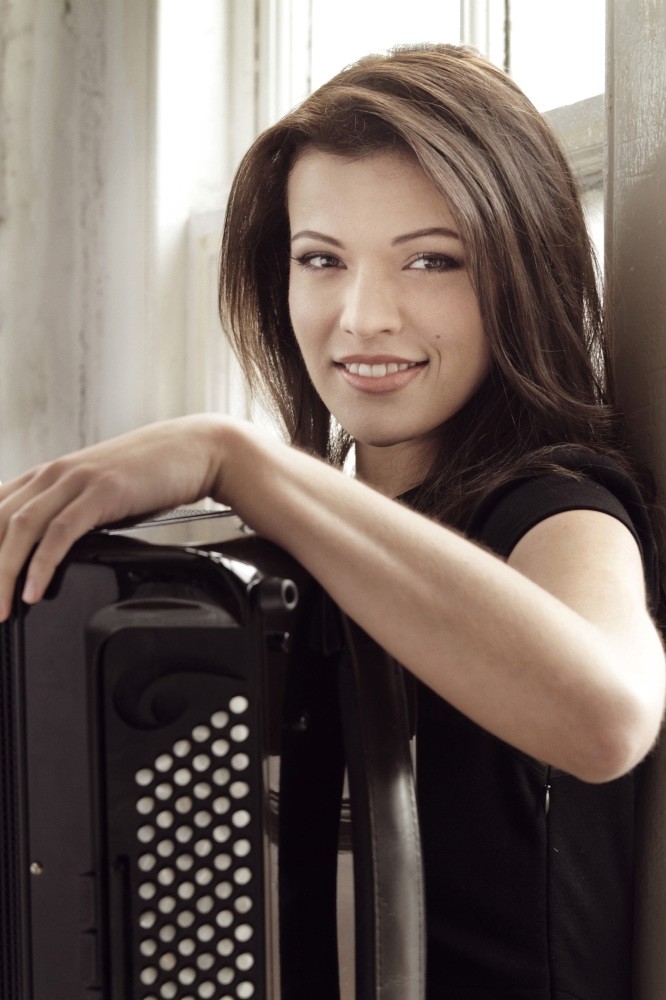 İş Sanat will be organizing a special night on April 19, where it brings together music lovers with international stars from the world of classical music.

Lithuanian accordion artist Ksenja Sidorova will join the Presidential Symphony Orchestra conducted by one of the most valuable conductors in the country, Rengim Gökmen, to perform Bizet's Carmen Opera and Piazzola's works.

Starting her accordion training at the age of eight with the encouragement of her grandmother, Sidorova took lessons from Marija Gasele in her home town, Riga. Her interest in contemporary works along with classical music prompted her to travel to London, where she started training at the Royal Music Academy.

Her first performance was at London's famous Wigmore Hall in 2009 and she became the first person to win the International Award from the Bryn Terfel Foundation in 2012.

She joined Sting at his 50th birthday concert at the Royal Albert Hall and continues to perform and record with other renowned artists including Milos Karadaglic, Juan Diego Florez, Nicola Benedetti, Thomas Gould and Joseph.

She also has collaborated with Avi Avital and Itamar Doarti in her trio project "Between Worlds." Sidorova also continues giving concerts with various exclusive orchestras around the world including the Lithuanian National Symphony Orchestra and the NHK Symphony Orchestra conducted by Paavo Jarvi.

One of the longest lasting symphonic orchestras in Turkey, the Presidential Symphony Orchestra conducted by Gökmen, who was honored in 1999 with the Presidential High Culture and Arts Medal, will accompany Sidorova; a night not to be missed.