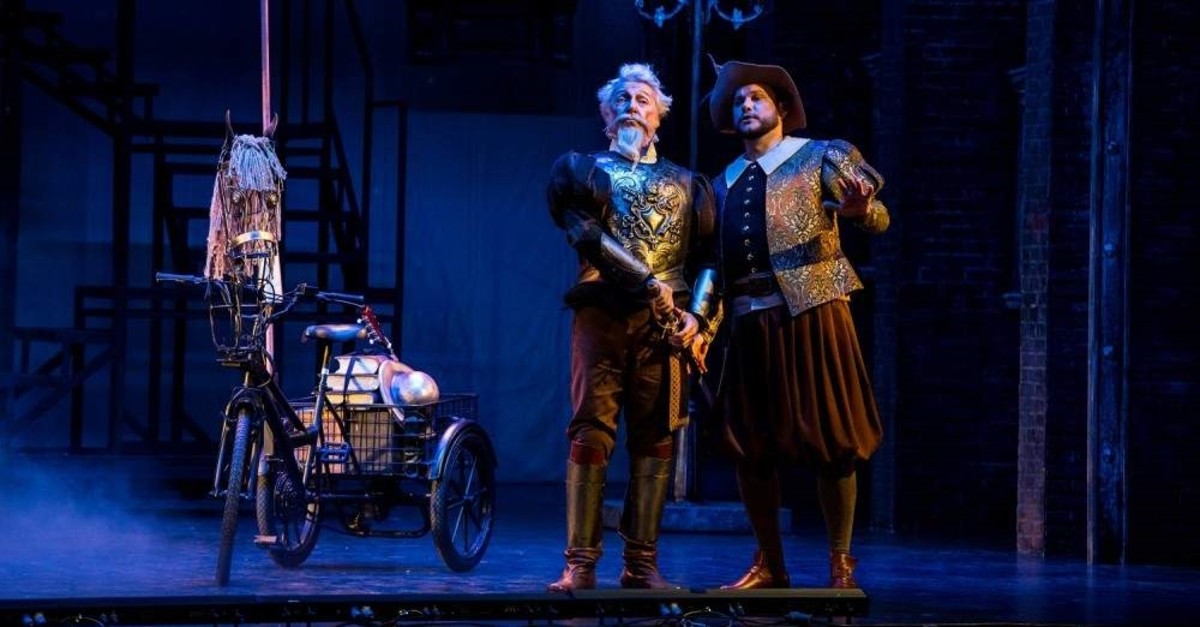 The countdown begins for the arrival opera “Don Quichotte,” a visual spectacle premiered by the Istanbul State Opera and Ballet last season, which won the hearts of audiences across the city.

The opera is inspired by 17th-century Spanish author Miguel de Cervantes’ “Don Quixote.” The work, which remains pertinent to this day, will greet audiences at Kadıköy's Süreyya Opera stage on Dec. 19, 21, 24, 25 and 27.

The opera, whose libretto is the work of French playwright and novelist Henri Cain and composed by one of the greats of the Romantic period, Jules Massenet, has continued to wow audiences since its premiere at the Monte Carlo Opera in 1910.

“Don Quichotte" will be brought to life by the Istanbul State Opera and Ballet Orchestra, performed under the direction of production director Recep Ayyılmaz and maestro Zdravko Lazarov. The choirmaster is Paolo Villa.

Aylin Ateş, Özge Kalelioğlu and Deniz Likos will play Dulcinée in turns; while Suat Arıkan and Gökhan Ürben will perform the role of Don Quichotte; N. Işık Belen and Umut Kosman are set to play Sancho; while Begüm Karacasu will play Pedro; Banu Ergün and Funda Güllü will take on the role of Garcias; Can Reha Gün and Bahadır Özkoca will play Rodriguez; and Zafer Çiftçi and Çağrı Köktekin will play Juan.

“Don Quichotte” is a moral tale, sometimes morose, sometimes comic and, at times, even shocking. The work centers around Don Quichotte, a passionate wandering knight who pursues the virtues that humanity has forgotten and is willing to risk his life for his love and the truths he believes in. The story begins with his arrival in a small Spanish town accompanied by his companion Sancho, upon which he declares his love for Dulcinée. Dulcinée, however, tests Don Quichotte's love with one request: The wandering knight must find the thief who has stolen Dulcinée's necklace, remove it from him and bring it back to the beautiful woman. He finds the necklace and brings it to her, but when Dulcinée turns down his marriage proposal, he realizes that he has been deceived.