Expat event roundup for the end of the decade 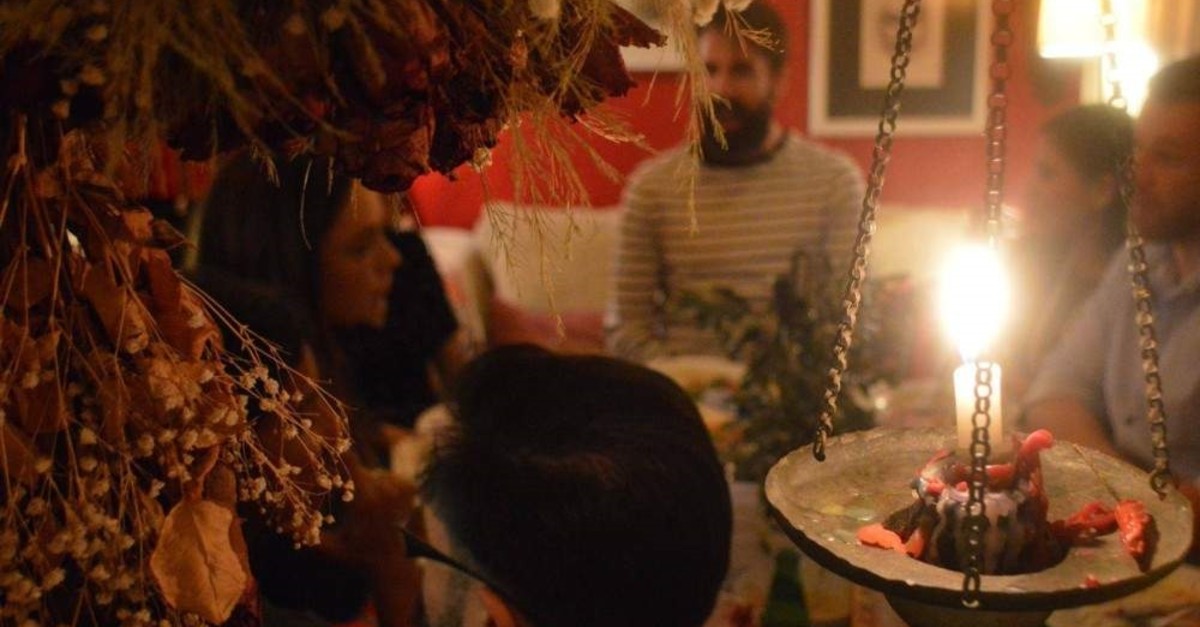 We may be halfway through the last month of the year, but there is still plenty in store for expats with a number of events ranging from standup to workshops on how to cope with homesickness as we get ready to say hello to 2020.

As the year is coming to an end and the holiday season is upon us, there is a flurry of activities and events being held by and for expats in Istanbul. From cultural events to trivia nights, film fests and book signings, there is something for everyone to get you out and about and socializing in this ever so significant month!

On Tuesday, Dec. 17, the French Institute of Turkey, which is located in Taksim, will be hosting the International Migration Film Festival in conjunction with the U.N. International Organization for Migration and in honor of Dec. 18 being International Migration Day. This film festival is free to attend and will take place between 1 p.m. and 8 p.m. with films being shown with both English and Turkish subtitles.

Final quiz night of the decade

Trivia nights are all the rage among the expat community in Istanbul with a number of different quiz night event series taking place monthly. It all began, however, with the trivia nights held at the James Joyce Irish Pub, located in the heart of Beyoğlu on Balo Street. This friendly and entertaining event series resumes on Wednesday, Dec. 18 with the Final Quiz Night of the Decade, which will get started at 8 p.m. with team pairing and the questions set to be read aloud at 8:30 p.m.

With the impending winter solstice, the Italian Cultural Center in Beyoğlu will be hosting a short film festival in honor of the shortest day of the year that will take place on Friday, Dec. 20 from 7 p.m. to 8:30 p.m. Held in conjunction with the Rome Independent Film Festival, there will be a screening of five short Italian films.

On Saturday, Dec. 21, Istanbul&I, a multicultural youth organization devoted to social impact through volunteering, will be hosting a special workshop on understanding homesickness that will take place from 4 p.m. to 6 p.m. at their center in Karaköy. Led by Elif Gökçe and Scherezada Lopez Huerta, this workshop is open to all, new and seasoned expats, that want to broaden their vision of homesickness in order to better adapt to it. As many expats know, the holiday season is infamous for drawing out emotions of loneliness and missing home, thus this workshops couldn’t have come at a better time. However, those interested must sign up fast as space is limited for this special event.

On Sunday, Dec. 22, Istanbul&I will be hosting a self-care workshop on mindfulness and meditation that will focus on developing the skills to practice mindful breathing, walking and compassionate listening. Based on the style practiced by the Plum Village Community led by Vietnamese zen teacher Thich Nhat Hanh, this workshop will take place at 5 p.m. on Sunday with a second edition also held on Wednesday, Dec. 25 at 7 p.m.

The Night Before Christmas Pop-Up

The expat community flocks to the gourmet meals served up by Pop-Up Dinners Istanbul, which is run by Kay, a Dutch-Singaporean expat and former restaurateur, who hosts the meals from her home in Cihangir. Therefore, if you want to attend this very special holiday meal, titled “The Night Before Christmas Pop-up,” then you must register fast as spots on the guest list are always fill up quickly. Held on Tuesday, Dec. 24 and starting at 8:30 p.m., the meal will include a pear, goat cheese, parma ham and pecan salad, Yorkshire pudding with a sage meatball gravy, turkey breast and Danish ham for the main course, and a death by chocolate truffle tart for dessert. In addition to dining, there will also be carols sung and a fun gift exchange, so check out the Pop-Up Dinners Istanbul event page for more details.

On Saturday, Dec. 28, the Friends of India Association will be hosting an India Day in Istanbul at the Hilton Bomonti to celebrate Diwali, Christmas and the end of the year with a gala that will have Indian food and Bollywood music. The event takes place from 4 p.m. to 11 p.m. and starts off with two hours of networking and two hours of cultural programs, followed by a dinner and a DJ spinning Bollywood tunes. Space is limited so to secure a spot, contact www.foiatr.com.

"Standup Turkey" is a monthly English language stand-up comedy night that takes place at BKM Mutfak Çarşı in Beşiktaş and features eight up and coming comedians from all over the world. The event takes place from 7 p.m. to 9:30 p.m. and tickets, which are TL 56 are available from both Biletix or at the door.