Social environmentalists gather to make changes for a better life 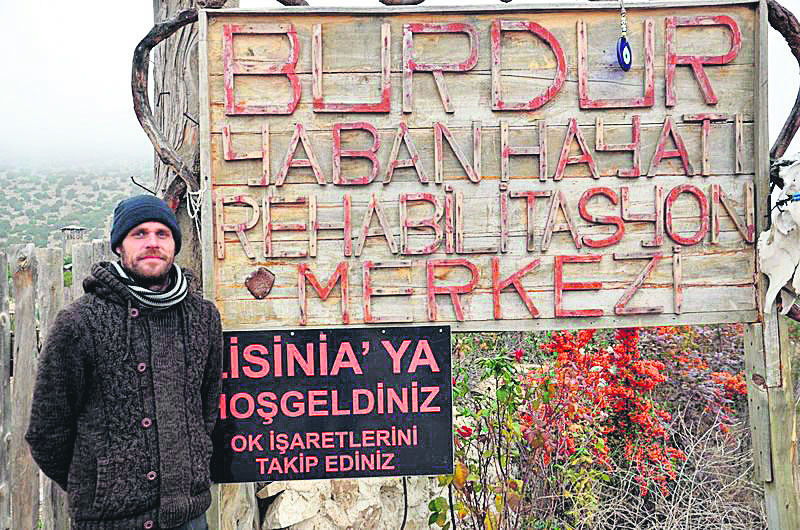 This Saturday, the Buğday Association for Supporting Ecological Living will be hosting a very special conference in which 10 people will share their own stories of trying to change the world

On Saturday, Dec. 19 from 9:30 a.m. to 5:00 p.m., the Buğday Association for Supporting Ecological Living will be hosting a conference called "İyi Şeyler Yapan Güzel İnsanlar," which translates to "Beautiful People Doing Good Things." Ten people who have made achievements for the betterment of the world will be on hand to talk about their experience and ambitions, giving us, the audience, the chance to get to know these pioneers in ecological living. This conference is free, all you need to do is register "so we know how much tea to put on," the Buğday hosts say.

This very special day-long conference will be held at Kadir Has University's Cibali Campus, located just off of Eminönü. "Hope is what we need most these days," is what the Buğday organization thought in bringing together 10 good people that are doing great things for the environment and society to share their own story and in turn inspire hope for the future. These 10 very special people have carved their own path off the beaten road to create in their own way some kind of difference in the world. On Saturday, you will have a chance to meet them, learn about their activities and get to know who these new change makers are and just how they do it.

There will be 10 speakers at this event, each telling their own unique story as to how they have become people who devote their lives to positively contributing to the planet.

Amongst the speakers on the roster will be the founder and executor of "Fırınımdan Ekmekler" (Bread From My Oven), in other words a father of two who bakes his own bread made from ecological ingredients and the seeds of our ancestors with his own sourdough starter that he personally delivers to venues all over Istanbul.

"Bisikletli Sahaf" (Bicycle Bibliopoles) are two youths who are travelling around Europe by spreading happiness, seeds and books on their travels.

"Lisinia Çiftliği" (Lisinia Farm) is a Wildlife Rehabilitation Center in Burdur started by a veterinarian that not only treats injured wildlife, but has also begun planting ecological lavender on the lake basin to prevent animals from being poisoned by agricultural pesticides.

"Ormanevi' is an urbanite-turned-shepherd who is trying to change the world. Also one of the founders of "Anadolu Meraları" Turkey's Savory Institute hub. The Savory Institute is an international organization aiming to restore the world's grasslands through a holistic management approach.

"Tohumdan Sofraya" (From Seed to Table) is a project geared towards connecting local producers with urban consumers founded by two former city-dwellers who have gone rural and become travelers of sorts as they locally source and collect the finest produce and products that they will deliver to your door in bi-weekly trips they make to Istanbul. You can also have the products sent to you by cargo from their website tohumdansofraya.com.

"Bicycle Couriers," those bicycle warriors who pave the way through Istanbul traffic by bike and with zero fossil fuel burned will be on hand to tell their tale of trials and tribulations of pedaling in the city.

"Sürdürülebilir Yaşam Film Festivali" (Sustainable Living Film Festival) Members from this film festival and web portal collective are also on the roster because as they say, "sometimes a film is more effective than a thousand words." "Makarna Lütfen!" (Pasta Please!) The creator of Makarna Lütfen! will be on board to talk about their product, which incorporates a wide variety of vegetables and even cheeses into their pastas. With up to 40 percent of these pastas being made from vegetables, there are flavors to please anyone's palate. Think broccoli and spinach, leeks and carrots, butternut squash, celery and they even have pastas made from goat cheese and feta. The website also has a wide range of organic products on offer that can be ordered and sent by cargo to your door. Check out www.makarnalutfen.com to see their wonderful offerings of healthy and ecological products.

"Kır Çocukları" (Rural Children) are the fruits, quite literally, of the realization of a dream many talk about but never bring to fruition, of a nuclear family; a teacher father and an architect mother with two children, who made the move from the city to the village. By combining their urban knowledge with those of the locals, they now offer a series of ointments, creams, massage oils and soaps made from a wide variety of healing herbs. Orders can be made online at https://kircocuklari.wordpress.com.

"Permakamp" (Permacamp) are a collective of people creating communal space to grow good food. The intention is for children and adults to have the opportunity to see how their food grows and learn how to plant their own garden in an environment of nature and geared towards sustainable farming.

This very special conference, which is being supported by the Civil Thought EU program with Barilla and Gürsel Tonbul's contribution to the organization aims to share innovative solutions to the problems faced by the planet today including ecological degradation and the extinction of nature and species. Barilla, which has Carlo Petrini, the founder of Slow Food on its board, is a family company that sends out regular e-bulletins on sustainable food, and has been in contact with Buğday since catching up with them at the Milan Expo.

The aim of this conference is to introduce people who are making changes in an effort to impart hope and inspiration especially for today's youth. By bringing together people who have something to teach and something to learn about protecting this planet, Buğday aims to show that people can make a difference all on their own.

Although the talks will be in Turkish, they will also be recorded and available later for viewing. These speakers will be telling their stories followed by an answer-question session. Attendance is free, but you do need to register by following the link provided on bugday.org. The organizers tell me they want as many people to come as possible because the whole aim is to share these stories in order to spread hope.

The Buğday Association for Supporting Ecological Living was founded by the late Victor Ananias over two decades ago to promote greater awareness. Possibly one of Turkey's most positively contributing expats to boot, as the son of a Chilean father and Turkish mother who moved to Bodrum in his youth, this legendary life lost way too soon has spearheaded a greater movement to continuing his legacy. You see Victor pioneered the organic movement in Turkey back in the early 90's in Bodrum. He went on to spearhead a number of projects including establishing the "100% Ecological Farmers Markets" in Istanbul and other cities. He was elected Secretary of the European Centre for Ecological and Agricultural Tourism and founded Turkey's own Tatuta network of organic farms open to eco-tourism and ten years ago he won the Spirit Organic Award for The Next Generation of Organic Leaders. When talking about good people doing great things it would be bereft of me to not mention this very special person who founded Buğday to begin with.
RELATED TOPICS