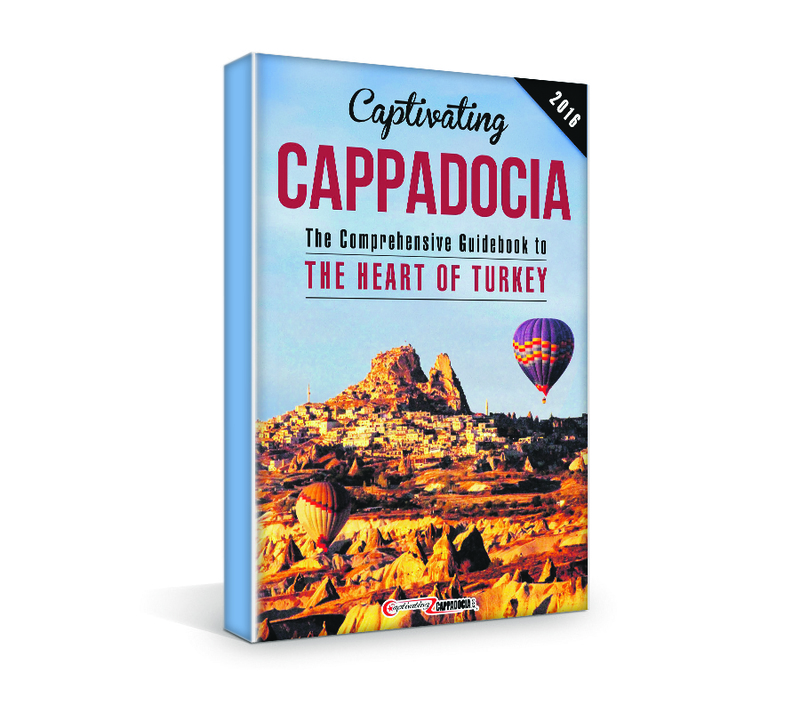 Before taking a trip abroad, it is always helpful to hear some recommendations about the country you are about to visit. For Turkey, there are many expat authors that can help with their comprehensive travel guides available at major book stores and Amazon.com

As the summer months approach and the sun shines brighter, it may be time to take a walk on the wild side and delve deeper into Turkey, and more specifically, its vast travel options. Many a resident expat has shared their own expertise on the areas they have become locals in, producing travel guides from both an insider and outsider's perspective.

The following is the definitive list of expat-authored travel guides on Turkey:

"Captivating Cappadocia: The Comprehensive Guidebook to the Heart of Turkey," written by American expat Duke Dillard was released this February. Having spent nine years in Turkey and five in Cappadocia, Duke's guidebook offers insider knowledge on where to stay, what to eat, what to do and see and how to get around and more. There is info on what to see with the kids, which he should know having raised seven here in Turkey with his wife. There are sections devoted to one, two and three-day itineraries, the region's history and the best hikes as well as how to ideally tour the open-air museum and the best way to book a hot-air balloon ride. For those who purchase the book, available in e-book format on Amazon, Duke will also offer consultancy services by way of answering any travel related questions to help readers prepare their trip free of charge. In addition, many of the companies he recommends also offer a number of discounts for readers, which more than cover the cost of the book and 16 percent of the proceeds from the book will be donated to helping the refugee crisis in Turkey and Europe.

Jay Artale, otherwise known as Roving Jay, is not only a successful travel blogger, but has also researched, written and self-published two travel guides for Turkey; the "Bodrum Peninsula Travel Guide: Turkey's Aegean Gem" and the "Gümüşlük Travel Guide: Bodrum's Silver Lining." An expat originally from the U.K. who had spent the past 26 years in Los Angeles before making the move to Bodrum and more specifically it's bohemian and artsy Gümüşlük area. Both guides have researched facts and fun, sites and scenes, eats and treats, must-dos and don't-dos, both on and off the well-beaten track. They offer insider knowledge on the best boats trips to hidden coves, where to find ancient sites to tumble over and the best places to eat for authentic rustic cuisine. Her Gümüşlük guide delves even deeper into this distinct district of the Bodrum Peninsula famed for its history, relaxed lifestyle, restaurants and handicraft marketplace. Her extensive list of accommodation options, many of which don't have an internet presence, is what she calls her "piece de resistance." In addition to including a series of traditional Turkish recipes, from expats and bloggers, Jay's guide also gives an insider view from locals and visitors on their special connection to Gümüşlük. Both guides are currently available as an e-book on Amazon.com and Barnes and Noble, however in May, Jay will be updating the Bodrum guide and making it available in paperback. In the meanwhile, you can check out her website jayartale.com, where she also shares info on how to write a travel guide or her popular blog rovingjay.com for more of her adventures in Bodrum.

"A Guide to Kayaköy" was co-written by expats Jane Akatay and Dean Livesley both local residents of this popular once-abandoned village situated on the Lycian Way in Fethiye. Fast growing in popularity and in boutique hotels, Kayaköy is a town that has it all; history, nature and culture. With an introduction by Louis de Bernieres himself, author of the novel "Birds Without Wings," which was also set in this famous village, the guidebook is divided into three sections: Place, People and Walk. "A Guide to Kayaköy" delves into the history of the population exchange of 1923, the people in the region affected by it and the wonderful walks visitors can take now in this village, which is fast becoming a tranquil respite from the bustling summer resort towns along the Turquoise Coast.

While Jane Akatay also pens the popular blog fethiyetimes.com, Dean Livesley, who started his travels in Turkey nearly three decades ago and has since explored much of the country on foot, sea kayak and mountain bike, is also the co-author of the Carian Trail Guidebook; the first guide book on Turkey's new major long-distance walking trail, broken down into six popular touristic destinations: Bodrum, Milas, Muğla, Datça, Bozburun and Dalyan.

Famed for her hiking and trailblazing prowess and contribution to uncovering the Lycian Way, a 540-kilometer footpath that runs from Fethiye to Antalya and is widely considered to be one of the world's top 10 long-distance walks, British expat Kate Clow has penned guides in Turkish and English on "The Lycian Way," "Carian Trail," "The St. Paul Trail," "Phrygian Way,""The Evliya Celebi Way" and "The Kackar Guidebook". You can purchase the books on the website trekkinginturkey.com, where you can also read up all about long distance walking in Turkey.

John Freely (born in 1926) is an American physicist, teacher, and author of over 40 books on travel and history in Istanbul and Greece and is the father of writer and Turkish-to-English literary translator Maureen Freely. A long-standing professor at Boğaziçi University, he is probably Turkey's most prolific expat in terms of publishing travel guides, history books and novels. The list is long and includes history books on the Ottoman Empire, but his most recent travel companions are "A Travel Guide to Homer: On the Trail of Odysseus through Turkey and the Mediterranean" and "Strolling through Istanbul: The Classic Guide to the City." Although Freely's definitive book is probably "Istanbul: The Imperial City" he has also written extensively on Turkey's Aegean and Mediterranean coasts.
Last Update: Apr 15, 2016 11:59 am
RELATED TOPICS