From old to modern codes of power dressing 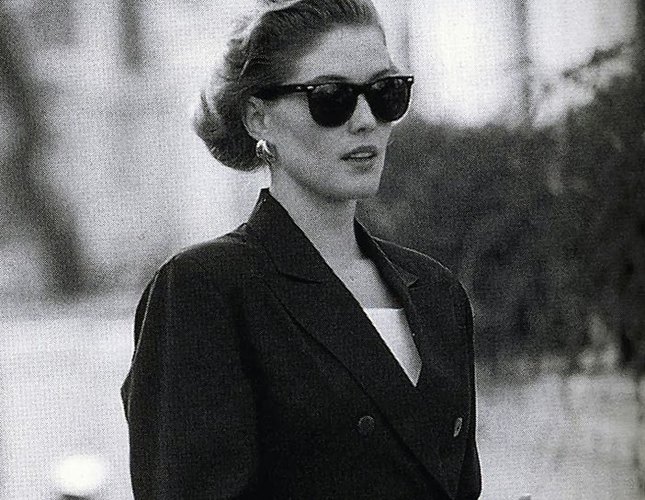 Power dressing, which refers to a style of attire used as a symbol of strength and professionalism, has a long historical background dating back to the time of Ancient Greece

A new feminine collection can be a timely way of grabbing headlines in almost every fashion and women's magazine. For some, fashion might not be on the list of daily priorities, but interestingly, it has become a form of language and a secret weapon to show off one's authority. To date, "power dressing," which refers to a style of attire used as a symbol of strength and professionalism, has received a lot of critical attention. The 1980s saw the era of power dressing, which was either a well-tailored suit or a blazer with a skirt, designed by top fashion designers such as Ralph Lauren, Giorgio Armani and Donna Karan.

So far, however, a shift has been observed in the tenets of the classic power suit. Unlike the 19th century's middle class and educated women, today's female executives are very keen to not only choose clothes that save time, but distinguish themselves from others in the workplace. We are now going to take a look at the evolution of power dressing with specific examples from different ages and cultures.

Fashion trends at the time of the ancient Greeks and Romans gives the impression that the history of power dressing goes back longer than we can imagine. Remember the portraits of ancient Greek women depicted with shining jewelry, gold, wigs and a showy haircut. Indeed, as Classics Professor Jeri DeBrohun suggests in one of her articles, both ancient men and women manipulated the expressive potential of clothes and adornments in various contexts. The type, color and decorations of the attire made it possible to differentiate class, wealth and political status in society. Similarly, the royal attire of the Ottoman Empire, which has been the subject of museum exhibitions both in Turkey and abroad, show that these dazzling garments were a striking symbol of the empire's wealth. Royal women used to wear silk dresses embroidered with threads of gold. Emerald rings and necklaces, gold chains around the neck, silver satin robes and slippers and ceremonial gowns embellished with roses and tulips spotlight the visible power enjoyed by the wives and daughters of Ottoman sultans until the empire's collapse. Over the years, clothes have become a way of insuring a positive first impression. Last week, London's Design Museum opened its doors to the "Women Fashion Power" exhibition, which showcases the garments of 26 of the most influential women of the 20th century, according to AFP. The blue Mansfield skirt worn by the late British prime minister, Margaret Thatcher, and the black Jacques Azagury dress of Princess Diana reveal how women adapted fashion to empower themselves.

Masculine power suits were worn by women to take an active role in professional settings. The more women were employed in male-dominated industries, the more they felt the necessity to express themselves. Turkish fashion in the 1980s was also under the influence of power dressing. Neoliberalism and the inflow of foreign capital paved the way for the new branches of fashion giants in Turkey's big cities. Shoulder pads, tights and court shoes were seen as a description to show women's equality to their male counterparts. Nowadays, reputable Turkish fashion brands such as Vakko and Faik Sönmez have reintroduced power dressing for working women, but with a definite feminine approach. New York-based Turkish fashion designer Büşra Nur Bahadır, who currently continues her career at luxury design brand Magaschoni, said to Daily Sabah that the clever use of silk blouses, pencil skirts, chiffon shirts and sheath dresses are what really make a feminine woman stand out at work. She said those who are fond of comfort while working generally prefer to wear a jumpsuit. Based on her own experiences, black is still considered the key color to look persuasive. Prestigious American fashion brand Vera Wang's New York branch asks their employees to wear black garments at the office, Bahadır continued. Similarly, another fashion brand on 7th Avenue in Manhattan adopted the same principle and their staff wear black on special occasions and days of sales. She further pointed out that these garments should be accompanied by a well-done knot or loose hair and proper makeup. Bahadır went on to say modern power dressing is an ideal way to boost social success in the workplace. The 80-year-old Italian designer Giorgio Armani, who is arguably the biggest name in the fashion world thanks to his timeless pieces, is one of the stylists who introduced the power dress phenomenon. "Still, women need fashion to boost their feelings, to lift them into a higher sphere […] Today, they do not have to wear a suit jacket to prove their authority," Armani said in an interview. Maybe he is right. A smart dress would be enough to project power instead of a mannish suit.