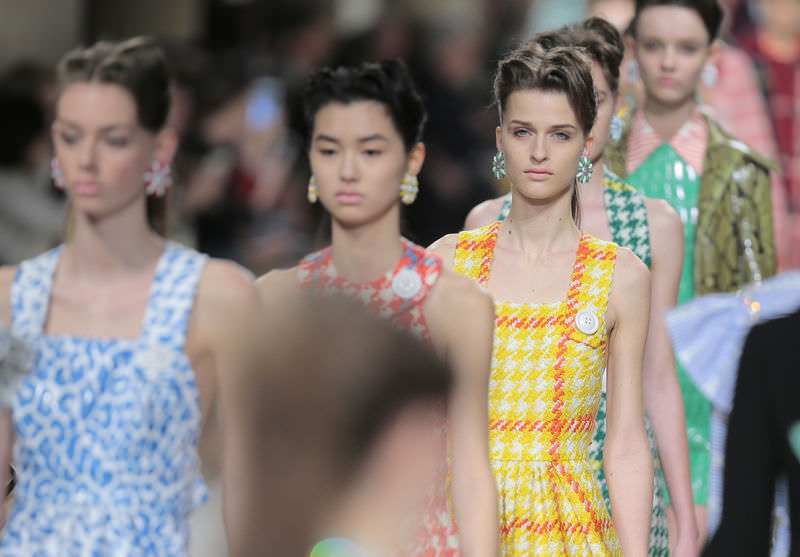 by reuters
Mar 16, 2015 12:00 am
France's government is likely to back a bill banning excessively thin fashion models as well as potentially fining the modelling agency or fashion house that hires them and sending the agents to jail, the health minister said on Monday.

Style-conscious France, with its fashion and luxury industries worth tens of billions of euros (dollars), would join Italy, Spain and Israel which all adopted laws against too-thin models on catwalks or in advertising campaigns in early 2013.

"It's important for fashion models to say that they need to eat well and take care of their health, especially for young women who look to the models as an aesthetic ideal," Health Minister Marisol Touraine told BFM TV on Monday.

With major health legislation coming up for debate in parliament on March 17, Touraine said the Socialist government was likely to back two amendments relating to models' weight.

The law would enforce regular weight checks and fines of up to 75,000 euros ($79,000) for any breaches, with up to six months in jail for staff involved, Socialist lawmaker Olivier Veran, who wrote the amendments, told Le Parisien.

Models would have to present a medical certificate showing a Body Mass Index (BMI) of at least 18, about 55 kg (121 lb) for a height of 1.75 metres (5.7 feet), before being hired for a job and for a few weeks afterwards, he said.

The bill's amendments also propose penalties for anything made public that could be seen as encouraging extreme thinness, notably pro-anorexia websites that glorify unhealthy lifestyles.

In 2007, Isabelle Caro, an anorexic 28-year-old former French fashion model, died after posing for a photographic campaign to raise awareness about the illness.