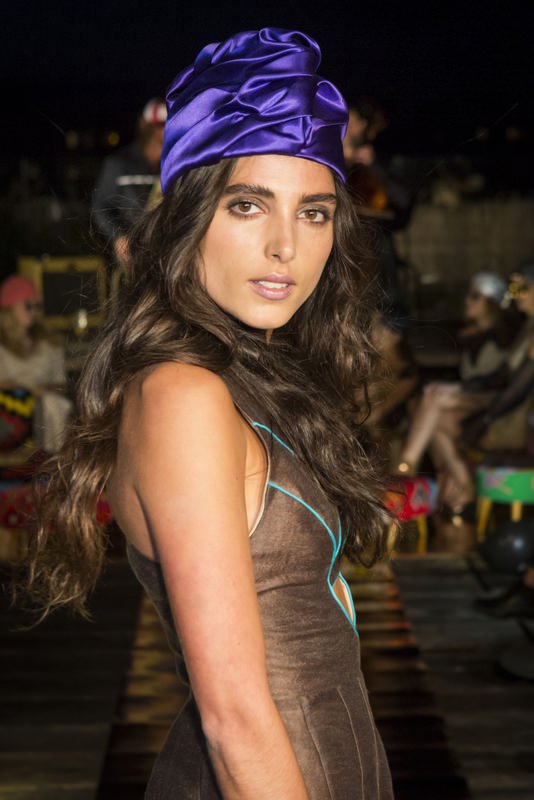 Her collection, which was introduced on the terrace of Le Perchoir in Paris, received a standing ovation. Ütin used natural, hand-woven textiles in her collection, most of which consisted of handmade lace. She also used silk and guipure lace. Generally designing casual attire, Ütin brought evening and travel clothes to viewers. Ütin said she went back to Turkey and spent a lot of time at Istanbul's famous Grand Bazaar to discover its hidden gems for her new collection. It features 15 eye-catching pieces decorated with the shapes of geometrical traditional tiles commonly found in an Ottoman-era harem. Ütin also designed a beach collection produced with lace.

A group of Turkish housewives participated in its production process as Ütin wanted to help women earn an income. Inspired by the 1970s, her beach collection features earthy pastel tones harmonized with turquoise. The top models wore Zelda Citroen head accessories and Freda Banana sunglasses. Following the fashion show, Ütin said she is planning to hold another runway show in Paris. "I am living in New York [City], I can organize the next show there too, yet my company constantly moves. I am also inspired by different countries and want to attract audiences from different places. Cellist Gaspar Claus, DJ Colin Johnco and New York-based saxophonist İlhan Erşahin accompanied Ütin's solo debut show with live music. Raised in Istanbul, Ütin attended arts school in Istanbul and studied fashion and textiles at NABA Milano.