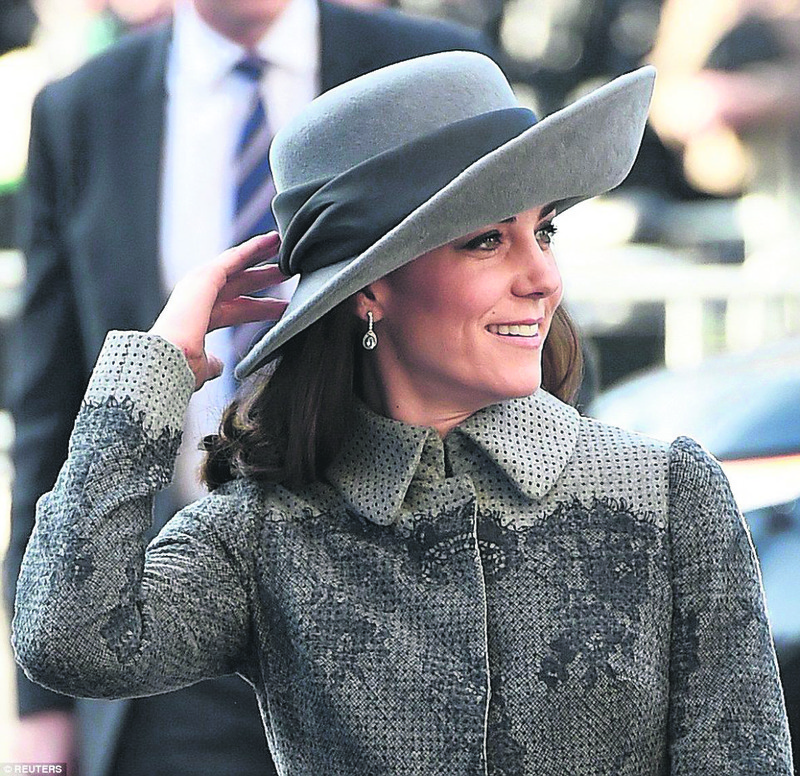 by May 02, 2016 12:00 am
The Duchess of Cambridge, Kate Middleton, will appear on the cover of the 100th anniversary edition of the British version of fashion magazine Vogue, following in the path of her husband's late mother, Princess Diana.

Late on Saturday Vogue revealed the cover of its June edition on its website, which goes on sale on Thursday, showing a smiling Kate in a rural outdoors setting wearing a green hat, brown jacket and white blouse.

Another photo show her in a red and black stripy top, leaning on a wooden fence. "I am hugely grateful that we have been able to continue with our tradition of outstanding royal portraiture," Vogue editor-in-chief Alexandra Shulman said. Two of the pictures of Kate from the photo-shoot, which were taken in January by British photographer Josh Olins, will be displayed at London's National Portrait Gallery as part of an exhibition in May to mark Vogue's 100th anniversary.

Diana, the mother of Kate's husband Prince William, featured several times on Vogue's cover, but Vogue said this was Kate's first fashion photo-shoot. Queen Elizabeth and other royals have appeared inside the magazine, but not as cover models. Kate's clothing choices sometimes lead to a surge in sales of similar items, and Vogue said she had selected items for the shoot from designers including Britain's Burberry and French maritime-themed label Petit Bateau.