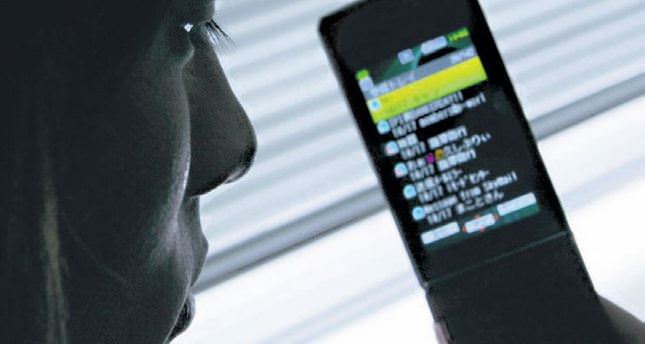 The increased use of online and social media may have revolutionized the way we communicate, but it has also had negative ramifications. Research conducted in the U.S. and Turkey shows that a majority of schoolchildren from private schools in Istanbul have experienced some form of cyberbullying

ISTANBUL — In recent years, electronic devices have become extremely popular among young people. The age at which children are getting cellphones or computers is also dropping. Young students suffer from a relatively new kind of peer bullying: "cyberbullying."

Cyberbullying refers to the use of information and communication technologies to intimidate, harass or threaten someone. Cyberbullying is intimidation that occurs using technology. This includes mean, hurtful online communication as well as the spreading of rumors, sharing of private files, documents and photos that make a person feel uncomfortable or violated. This is more often done by children and adolescents, becoming widespread and dangerous.

One incident was of a young Turkish university student who was driven to suicide by cyberbullying and as a result fell into vegetative state. Carrying out researches in the U.S. and Turkey, Associate Professor Osman Tolga Arıcak at Fatih University enlightened us on this issue. "Cyberbullying is the electronic form of peer bullying. A cyberbully can exceed the school borders and follow children into their bedrooms", said Arıcak.

He further pointed that since the Internet is turning the world into a global village, cyberbullying will become more of an issue of concern than other types of bullying in the upcoming days. The relevant precautions should be taken in cooperation with education technologists and computer developers.

Studies under the head of Arıcak demonstrate the severity of cyberbullying. A study of 269 students in four Istanbul-based private schools show that 14 percent of the students were mocked and 15 had rumors circulating about them. Furthermore, 20 percent of them we r e insulted, 21 percent threatened and the photos of 16 percent were circulated without their consent. All of these incidents took place in the "virtual world."

On another note, the same study indicates that only 23.8 percent of the students refrain from using Internet lingo in face-to-face communication. 16.4 percent of the subjects use fake identities while 10.1 percent give false information and 8.2 percent send spam emails. As mentioned before, cyberbullying is a new and common form of peer bullying that requires urgent attention.

Some other common indicators of peer bullying are: Persistent sickness: Your child's health was previously in good state, however he is frequently getting sick since he started school.

One of the underlying reasons of his persisting sickness is that your child is being bullied. Studies show that illnesses emerging from peer bullying create not only psychological but also physical impairment on appearance. Parents are strictly recommended to take measures to avoid such risks. Social isolation: Adolescents isolated from the social environment generally suffer from emotional pain and manifest introvert attitudes.

You should pay attention to your child's attitudes if he unreasonably isolates himself. Expressing violence: Bullied children show significant differences in their behaviors.

To illustrate, they can draw more violent figures. You can even come across more violent attacks while they are playing games. They can damage their toys or dolls. Their behaviors probably seem innocent, but they might indeed be encountering bullying.
Last Update: May 09, 2014 1:00 am
RELATED TOPICS