Women, then and now 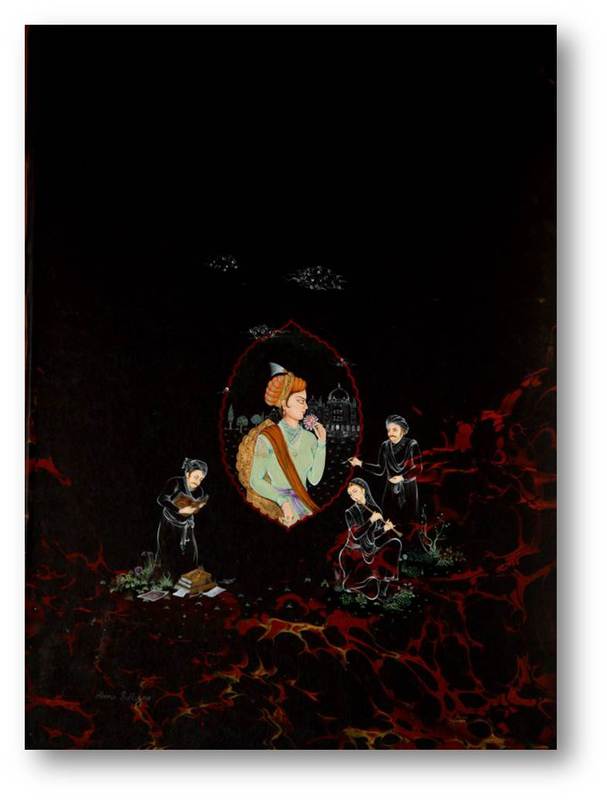 Remarkable women have existed in every era, in every country, in every society. Yet often we read about them with astonishment, surprised that women can achieve such great things. The time has come to get over this surprise

This month the Pirelli calendar for 2016 has been announced, and the photographs are not something we normally expect. Rather than naked or half naked models, we are presented with photographs of intellectual, strong and remarkable women. It should be of no surprise that such women have always existed. The problem is that we do not learn about them, rather allowing men to dominate the pages of history and culture.

The Pirelli calendar is not something that usually interests me. I have seen it hanging on the walls of mechanics and I am aware that it is considered to be art by many. But, as I said, it is something that I tend to ignore.

But this year, my all-female WhatsApp groups have all been sharing images from the upcoming Pirelli calendar. For once, it is not the men, but the women who are excited about the event.

The reason is clear; this year Pirelli asked Annie Leibovitz, who had photographed the 2000 calendar to do another one. Leibovitz told the press conference that Pirelli asked her to do something different this time around; she suggested that rather than doing top models - Pirelli is a gig that all models want to do, as it can open many doors - she photograph women famous for their performance talents.

The portraits are incredibly simple, allowing the strength of the women to come to the fore. Leibovitz states that these stunning portraits of strong women is a big step, although she says it should not be. The calendar is more like a book this time around, as each photograph includes short information about the women, their work and the influence they have on others

The women in this year's calendar are:

The fact that strong women, influential women are in the news is what captured my attention. Throughout history there have been strong and influential women; it is just that society tends to forget about them, preferring to remember the men.

A number of influential women from the past have been featured here before; today, I would like to bring one of these influential women, a woman from India to the reader's attention. The information in this article and the accompanying miniature are taken from IGETEV's Muslim Women's Historical Heritage project and I would like to thank them for the permission to reproduce them here.

In 1236 Sultan Shamsuddin Iltutmish, the founder of the Delhi Sultanate, (the Delhi Sultanate was a Muslim kingdom of Turkic origin, and it ruled over much of modern-day India) made a dying request that his only daughter, Razia Sultana, become heiress to the throne.

From her early childhood, Razia had trained in archery and military strategy, frequently accompanying her father on military expeditions. Often when her father was away on military campaigns, he would entrust her with government affairs.

Sultan Iltutmish had been sold into slavery when young, but then rose to the position of sultan; as such he had great wisdom. He had made great territorial gains while fighting Genghis Khan's armies; he used both diplomacy and military might to do this. During his reign, the territories were further connected by roads, the monetary systems were unified and Islamic trade and inheritance laws were incorporated.

Thus, the nomination of his daughter to the throne should not be perceived as a sentimental moment on the part of Sultan Iltutmish; he had three sons, but Razia Sultana had proven over the years that she shared her father's natural talent for military affairs. From her early childhood, Razia had trained in archery and military strategy, frequently accompanying her father on military expeditions. Often when her father was away on military campaigns, he would entrust her with government affairs. She was able to galvanize the Delhi public in times of war.

Despite the Sultan's clear choice of his daughter as his heir, the nobility and viziers were not pleased with the idea of a woman leading after his death. As a result, they gave Razia's half-brother, Ruknuddin Firuz, the sultanate. Ruknuddin Firuz ruled with his mother Shah Turkaan. The issue of succession led to in-fighting among the nobility and there were numerous assassination plots.

Razia knew that she could not easily take the throne that was by rights hers; rather she had to be steadfast and keep working to take it. Amid the controversy over succession, Razia continued to try to take her rights, in the knowledge that if anyone shared her father's political acumen it was herself. At such a time, it was imperative that a person who had great strengths in military and diplomacy tactics rule the country.

After only five months of rule, Ruknuddin's incompetence emerged as troops began deserting the army; due to Ruknuddin's poor handling of provincial governors, popular discontent spread throughout Delhi. Razia decided to address the crowds which gathered for Friday prayers in the largest mosque of the kingdom. She dressed in red and gave a passionate speech in which she told the people how it had been her father's will that she take the throne after him. She pleaded with the crowds to exercise their rights to have Ruknuddin removed from the throne. She told the crowds that her rights to lead the country should not shock anyone, as they were her rights accorded to her by Islam and in the tradition of the wives of Prophet Muhammad.

Razia promised the crowds that if she proved to be unworthy as a leader that they had the right to remove her from the throne and sentence her to death. The people of Delhi backed Razia in her bid to take the throne; the nobles and viziers were prevented from interfering again by the fact that she was so popular with the people.

Although she had the popular support of the Delhi public, due to the unrest at the time and the resentment of the nobility, Razia took to the throne without ceremony. For the people, she embodied the greatness of her father, a greatness that had brought much pride and security to the region, while to the nobility she represented untraditional values that would radically alter their political realm. During her ascension ceremony Razia wore a sultan's traditional clothing, that is male clothing, as well as a turban. She took the title sultan, not sultana, as the latter was used for the wife of a sultan.

As sultan, Razia kept her promises to the people and advanced many non-Turkic and non-Muslim citizens to government ranks; these actions meant that the people loved her even more. At the same time, there was more tension with the viziers, who saw that their traditional roles were being eroded. To eliminate the fear that many Turkic nobles had about Hindu texts, Razia developed institutes to carry out research of all holy texts that were valued by people of the country. She made many accomplishments, including making reforms to the legal system, endowing greater funds for educational institutions and currency unification of the region's monetary system. Her ability to maintain unity and peace at a time when the region had begun to fall into factions is a testament to her political astuteness.
Last Update: Dec 06, 2015 10:58 am
RELATED TOPICS