Holy Days Are A Reason for Coming Together 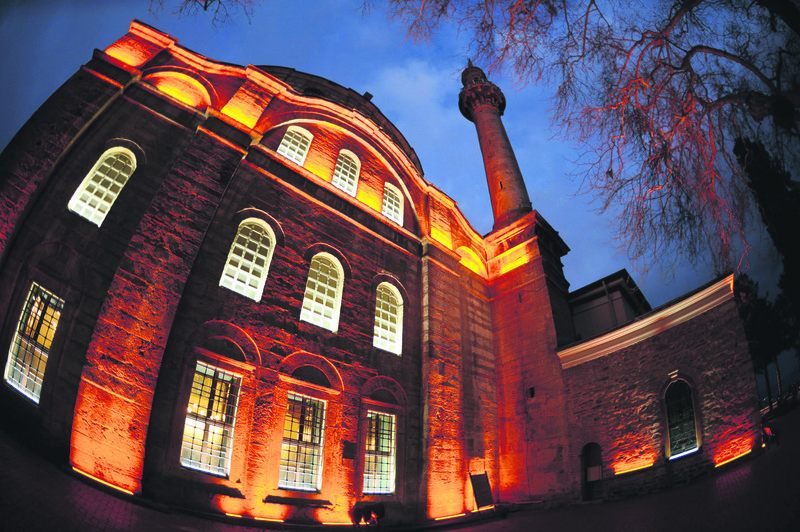 December 2015 is a remarkable month; this year the births of two prophets will be commemorated in the same week. As the Western world is aware, Dec. 25 is celebrated to commemorate the birth of Jesus; of course, there are arguments that Dec. 25 could not have been Jesus's real birth date. The Annunciation, when Mary was told that she was to have a baby has always been celebrated as March 25; nine months from this date brings us to Dec. 25. However, there is the argument that the celebration of Jesus's birth was brought to the end of December to make it easier for pagans to join the church. That is, the birth of Christ was celebrated in December to replace Yuletide, a pagan holiday that starts with the Winter Solstice on Dec. 21. The bringing of green boughs into a house was a pagan tradition and there are many who link the Christmas tree with this tradition.

Whatever the truth of the matter, Christmas today in most people's minds is linked, even if tenuously, with the birth of Jesus. Gradually this holiday has gotten further and further from its real meaning, with it being for most a time for family and feasts. Christmas is a time when you give gifts to those you love (and sometimes those you just put up with). It is a time of sharing and caring.

It seemed odd to me when in the Soviet Union, that regime that went out of its way to avoid religion, that Ded Moroz (Grandfather Frost) cards were sold in December. Ded Moroz is the Russian Father Christmas. Ded Moroz arrives on New Year's Eve, delivering presents to children. We joked among ourselves that Father Christmas probably took a few day's holiday in Florida and then set out to continue his job in the vast Soviet Empire.

Even odder, I found that Ded Moroz/Father Christmas existed in Turkey, a majority Muslim country, as Noel Baba. (Father Christmas). Here, the majority of the people had no tradition of Noel, yet Noel Baba arrived every New Year's Eve.

The strangest of all is that the tradition of Father Christmas, Saint Nicholas or Santa Claus actually started in Turkey, in Anatolia. A Christian saint (Nicholas) would drop the dowry of young girls who were too poor to be married down their chimneys. This tradition transferred to other countries, and the legend of Father Christmas grew.

Walking through an Istanbul shopping mall I found myself humming along to the Christmas carols, unwittingly being drawn into the Christmas spirit. I stopped to think; what was it that was reaching down into the depths of my subconscious, bringing forth the scent of Christmas cookies and hot chocolate? Was it the wrapped gifts, the red and green colors, the carols? Probably a combination of all; Christmas is expertly packaged, making us want to buy, buy buy; be it gifts for loved ones or just a decoration for the house.

This is not a bad thing; I love buying gifts for people (and love getting them). But how much does spending money on consumer goods have to do with the birth of Jesus? Giving gifts and spending time with family is a great way to commemorate the birth of a person who brought love and forgiveness to the world. But perhaps the emphasis on spending, shopping and consuming could be less.

This year is interesting in that Dec. 24, one day before Christmas, marks the birthday of Prophet Muhammad. The Islamic calendar is a lunar calendar, so the dates move forward every year, not remaining stable like the Gregorian calendar.

Prophet Muhammad's birthday is not celebrated like Christmas. It has not become a huge commercial enterprise. Indeed, in some countries it is not celebrated at all, and such activities are frowned upon, accused of being innovations. But in the majority of countries with a large Muslim population there are celebrations to mark the day. In Pakistan there is a 31-gun salute in the capital, and 21-gun salute in smaller capitals, with religious hymns being sung. In other countries hymns are sung, there are parades with large wax candles in the procession. Morning prayers are held, and throughout the night recitals of the Quran and prayers continue. In addition to recitations of the Quran, the story of the prophet's birth is retold, poems dedicated to the prophet are recited, food is distributed to the poor, and many other such events. It is said that these practices to commemorate Prophet Muhammad's birth started around 900 years ago, although some claim that the birth of the prophet was celebrated by the tabi'in (successors to the companions of the prophet), who also recited poetry in commemoration.

The most famous Turkish Mawlid poem was written 700 years ago by Süleyman Çelebi. The poem relates the birth and life of the prophet; it is recited throughout Turkey, as well as in many other countries.

The Mawlid is a celebration of love and sharing; much like Christmas, it is about the community and about celebrating giving.

Turkey is a country with a strong Tasawwuf tradition; it is this Sufi vein that keeps the Mawlid alive. The great Sufi scholar Jalaluddin Rumi, who is also celebrated in December this year, said "Come, come, whoever you are." This approach of acceptance is still reflected in the myriad of religious celebrations that take place in Turkey.

Myriad - yes; not only are Christmas, New Year's and the Mawlid celebrated, 2015 saw the first official celebration of Hanukkah in Istanbul. The rabbi of Ortaköy Synagogue and the imam of Ortaköy Mosque lit the candles to mark the onset of Hanukkah together in Beşiktaş.

This is what Turkey is all about: Acceptance.

Activities across the southern border of Turkey are overshadowing this atmosphere of acceptance. The so-called Islamic State (DAESH) outlawed the Mawlid last year in Iraq, arresting imams who mentioned the prophet's birth in their sermons.

Turkey's tradition of acceptance is what makes it different from the Salafi attitude that is spreading so dangerously to the south. This is the fundamental difference between the people who are practicing Muslims in Turkey and DAESH to the south. Islam is about tolerance and acceptance. It is not about imposing a narrow-minded view on the rest of society, whether they believe in it or not.

Turkey's strength lies in its diversity. Christmas with Jesus, New Years with Noel Baba, Mawlid or Hanukkah. all of these are holidays to celebrate friendship and sharing, family, peace and love. The fact that the number of these holidays is growing, rather than diminishing, that they are thriving, rather than being banned, that members of different faiths are coming together to celebrate them, says a lot about where Turkey stands.
Last Update: Dec 19, 2015 10:36 am
RELATED TOPICS