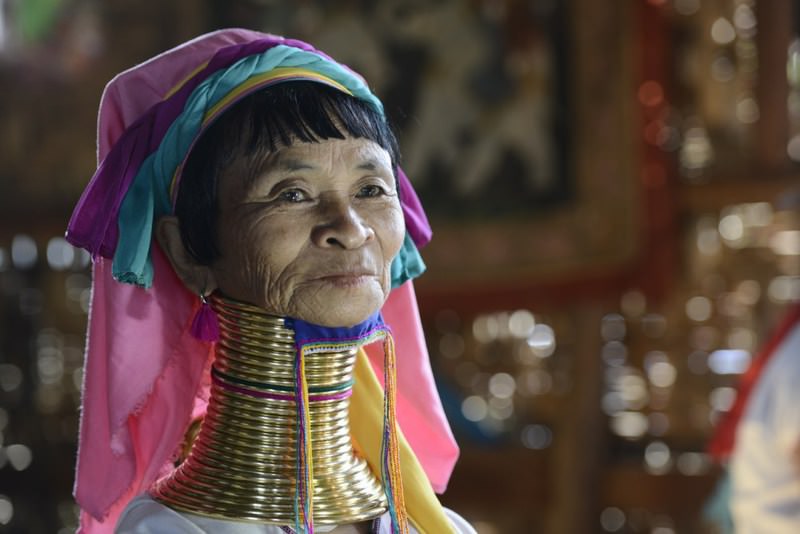 One of the very few female wildlife photographers in Turkey, Nazan Aşkalli, devoted her life to travel around the world. She shares her memories in each photo she takes and says adventure is resistance against the savagery of modern life

Starting her professional life as communications specialist, Nazan Aşkalli later turned her eyes to travel writing and nature photography. And it is here where her story begins. This adventurous woman has set foot on six of the seven continents, from Africa and Asia to Europe and the Americas, while traveling to many countries and cities.

She is also one of the very few female nature photographers in Turkey who shoots wildlife around the world. However, among all the places she has traveled to, Africa is where she fell in love. "I was deeply affected when I saw endangered gorillas, orphaned elephants or elephants killed for their tusks as well as their lives in elephant orphanages. We, humankind, have become wilder in modern life. During my travels, I felt the necessity to share the innocence of wildlife and the stories of the people that I met along the way. I decided to compile all these in a photo book," Aşkalli said.

Following a four-year study, Aşkalli rolled up her sleeves to publish her book "Zambaktan Bir Masal" (A Tale from Lily). As a nature photographer, Aşkalli immortalized every place that she has traveled in her photos. For her book, she chose scenes from African countries like Kenya, Rwanda and Morocco. There are also photos from Asian countries such as India, Vietnam, Cambodia, Myanmar, Nepal, Bhutan and Iran as well as Italy, Germany, Finland and several states in the United States.

However, it was challenging for her to select which photos to use in the book among hundreds of photographs that she has taken in the places she has visited. Aşkalli's photos not only bring country scenes but also her memories, as each is a unique experience.

She also wrote down her memories, emotions and stories right next to each photograph that is featured in "A Tale from Lily." "People always ask me whether I felt fear in the places that I have been to. I say, 'In every place I visit, I felt like I meet friends that I have not seen for a while and I miss them.' I also told people I met during my trips that I would write about them and use their photographs. They were thrilled," she said.

For Aşkalli, traveling is an adventure in search of spirits standing up against the savagery of modern life all around the world. "I have been to more than 40 countries and have traveled to [almost] every continent many times. For example, I traveled to India more than four times in single a year. I photographed the wildlife in India such as its tigers," Aşkalli said. She added that she also participated in Indian festivals that host millions of people. "India is the home of wisdom and urges you to ask questions," she said. "I like the innocence and the warm nature of Indians. Their innocent character was what affected me the most in India."

In her book, she features India as the first country in the section on Asia. In her recollection titled "On the Way to Agra," she said, "The eyes of the people who were watching me from the wagon's glassless window seemed like a thousand years old," while indicating her love for the Indian people. She added: "The hands decorated with beads, the clothes that borrow the color of sun, the face that witnesses tears shedding down from the eyes of a Western woman crying for Shah Jahan's love under the Taj Mahal's dome." With these reflections, Aşkalli takes viewers on a journey into the mysterious world of India.

The photos of the Amber Fort, a classic royal fortification castle within in the Indian city of Jaipur, frequently referred to as the Pink City, accompany the following pages. The elephants painted in bright colors take their place among her shots. Another photo illustrates a scene from a spiritual ceremony in Varanasi, which is believed to be the world's oldest city among Indians, taking viewers to the heart of India. Aşkalli also experienced the Kumbh Mela, the mass Hindu pilgrimages of faith in which Hindus gather to bathe in the sacred Ganges River. "Sometimes we feel the need to believe in legends and take credit from them to fulfill the voids in our life. This is why I [went to] Allahabad, India," she said.

Aşkalli said many interesting incidents happened to her during the journey. Sometimes she lost her money and sometimes her possessions. Aşkalli also got food poisoning and had a very close encounter with a dangerous gorilla. While talking about her adventurous journey, she said: "I missed flights because I forgot about time differences or could not catch the train as I was buying a coffee. I lost my personal belongings from my clothes to my PC, and left other belongings on bus seats. I slept everywhere and ate whatever I found. But, I have never complained about anything, neither the dangerous roads nor the hot weather." Aşkalli added that there is only thing that she complains about: Herself. "I feel sorry if I missed interesting stories along the way," she said. Regardless, she is determined to travel to other countries and continue to share more stories.