Turkey on the verge of change 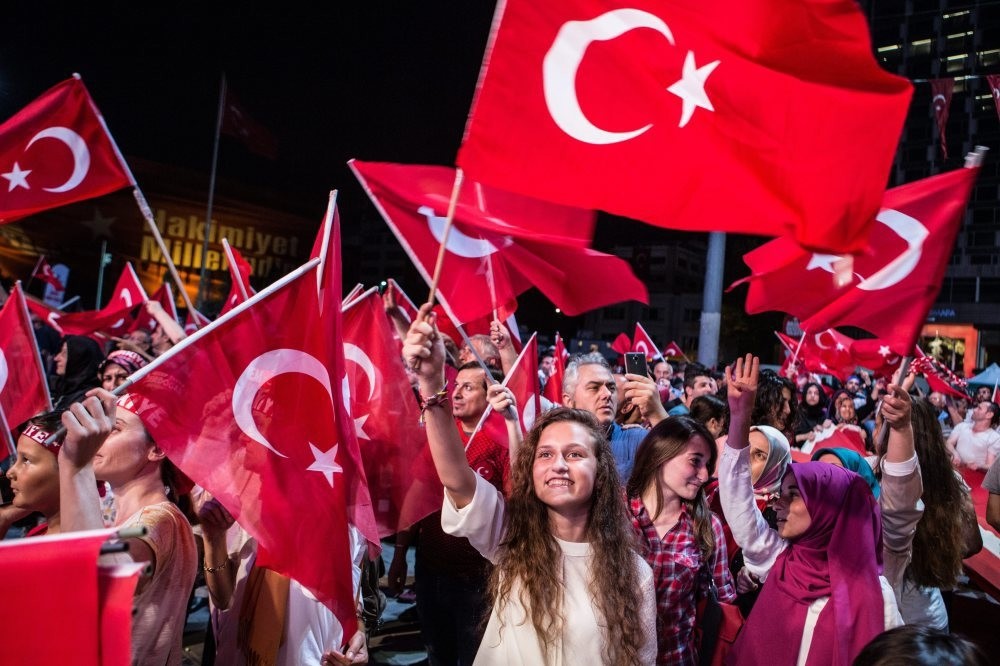 Following the July 15 failed coup attempt, Turkey's political scene has entered a new period that is more powerful than ever. This transition should be examined more critically, as well-thought further steps will bring a healthier democracy reflecting the Turkish people's will

In the context of competing global leaders, Western critics often portray President Recep Tayyip Erdoğan's political agility as a style of authoritarianism. Among those in the camp who strongly disagree with Erdoğan, there is a lack of knowledge about the political changes occurring on the domestic front. The tragic terror attacks that transpired on July 15 were met with the willpower of the people to overcome a detrimental threat to the security, freedom and democracy of the Turkish nation. From the initial stages of the coup attempt by the Gülenist Terror Group (FETÖ), Erdoğan's strategic approach was so rapid that it eliminated a major terror threat the world has now been made aware of. The war waged against FETÖ, a terrorist cult, demonstrates an overarching war strategy that encapsulates tactics to tackle the threat directly at the source both by expelling the cult's innermost structure and eliminating its outer influences. The infiltration of FETÖ within state institutions and civil society in Turkey pose a major threat on a global scale while threatening the peace and prosperity that Turkey needs to continue to thrive. As the war on terror continues with a heightened sense of urgent vigor displayed by the Turkish people in the wake of the July 15 coup attempt, Turkey will also simultaneously focus its attention on other critical issues on its agenda. The establishment of a presidential system still tops the government's to-do list, as the Turkish nation enters a new era in its political history more empowered and energized than it was before July 15.

Erdoğan's zealous pursuit to actualize a healthier democracy that reflects the will of the Turkish people includes the proposal for a sui generis presidential system, which will foster advantages such as stricter separation of powers, checks and balances, more transparency, rule of law that prevents corruption and an effective state apparatus that bolsters the fight against terrorism. In this well-designed democratic state, having the people elect a single head of state through democratic elections will solve the "bi-leadership" dilemma. In other words, removing the position of prime minister will thereby eliminate the ambiguity regarding who speaks for the people. Veritably, this will allow for more practical and pragmatic representation under a single leader, similar to what we see in the U.S. presidential system.

This transition in Turkey would be a large signifier of an independent, individualistic country that pursues its own raison d'etat policies. However, many critics pose the following question: "Why would a political figure who led the nation for the past 14 years and consecutively achieved the success of becoming president want to transform Turkish politics into a presidential system?" One has to consider the facts on the ground. Constitutional reform and the introduction of a presidential system is nothing less than a bottom-up demand by the people to rearrange the state apparatus. This has become necessary at a time when the desire for a more secure and stable Turkey is becoming indispensable. This then begs the question of why some Westerners voice outspoken criticism towards the potential realization of a fully democratic transformation under President Erdoğan.

It is a combination of both his persona and the political diaspora Erdoğan was "kneaded-in" as a young politician from the 1970s onward. In the 2000s, the Justice and Development Party (AK Party), under Erdoğan's leadership as prime minister, proved to be an existential movement that allowed the periphery to take their seat at the center of Turkish politics. The Turkish-Muslim-Democratic diaspora from within became a new window of opportunity for the voice of the marginalized to be heard on a national and international level. But, this diaspora wasn't limited to Muslim-Turks but also Kurds, Armenians, Georgians, Circassia, Syrians, the Romanian gypsies and many other minority groups all represented under the AK Party.

The nation wanted to re-claim their Ottoman past and head towards a future that is shaped by their own vision of national interest and foreign policy, instead of a state regime that prioritizes Western interests in the region.

In 2014, Erdoğan garnered 52 percent of the popular vote, making him the first political figure to be elected as president by direct democratic election. His affable, down-to-earth and charismatic style in both domestic and international political issues plays a major role.

The grounded and principled approach of President Erdoğan and AK Party's foreign policy makes Turkey a key "challenger" in the international arena. The diaspora that is deeply embedded in the Ottoman past, nestled in diversity coupled with a success story based on the Western model of the democratic system amplifies this political movement's ability to become a transnational trend. In the bigger scheme of things, such a trend could pose a grave threat to global powers in terms of international relations, as leaders of the major powers want to preserve power in their respective regions as well as in the international liberal order. Today, the achievements of the AK Party have become an all-out success story because the people developed an organic relationship with the state, unlike in the past, coupled with the unified intention to advance the democratic process. This development comes at a time when global politics is experiencing a shift in the balance of power and the world witnesses the emergence of new markets. Turkey is undoubtedly one of them.

A few years down the road, a new constitution and a presidential system with a strengthened foreign policy will lead Turkey to have an even greater impact as a powerhouse in the region. Turkey, which has always been referred to as a bridge between the East and West, will not only serve as a transitional point in the region but will reap the benefits of being at such a strategic geopolitical advantage. Past decades have proven that Turkey is no longer a bridge but a critical player with major decision-making power in terms of its geographic location, oriented around "progression" with an "independent axis" that branches out in multiple directions, not just to the West or to the East but in all directions. The question to raise now is one for the global stakeholders of power: How do you plan to react to Turkey's directives on issues like FETÖ, the PKK, the Democratic Union Party (PYD), the People's Protection Units (YPG), DAESH and the Assad regime in Syria? Critical thinking will be needed.

* Fatima Abushanab is an international relations specialist at the Turkish Presidency.
RELATED TOPICS