France's burkini ban: Drifting away from democracy to protect its contentious laicity 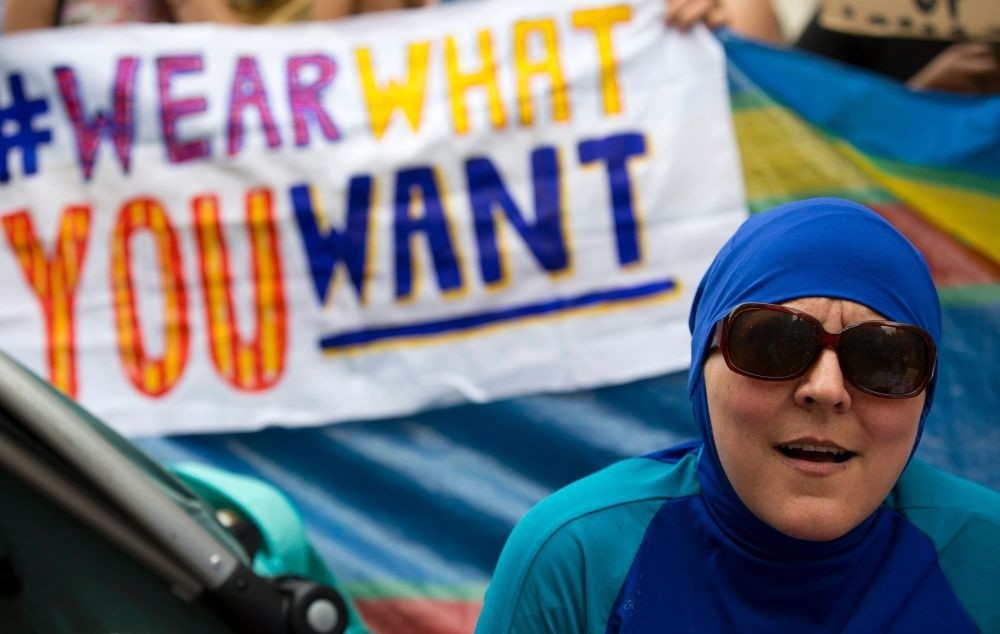 Woman wearing a burkini joins a protest outside the French Embassy in London.
by Ayşe Şahin Aug 27, 2016 12:00 am

France's fixation with how Muslim women should dress continues with more codes imposed on them, most notably banning full-body-covering swimwear, the burkini. French officials cite adherence to the French state's strict laicity, while critics argue the ban violates human rights

France has once again, with the facade of preserving its valorized "laicity," embarked upon a fresh initiative that is perceived by millions worldwide as an absolute breach of human rights. Following the ban of headscarves in schools in 2004 and subsequently the ban on the burqa, an outfit worn by Muslim women covering the face, in 2011, multiple local mayors of France have now imposed a ban on the burkini, a full-body-covering swimsuit that complies with Islamic standards, instigating hot debates around the world. Putting no compelling rationale for the bans, the officials cite "hygiene reasons," "security concerns" and the state's "secular" nature for the initiatives.

The row over the issue popped up on Aug. 12 when the mayor of Cannes, a resort town on the French Riviera, issued a decree that banned the burkini, stating it is incompatible with the French way of life. The issue was further ignited after several more mayors on the Riviera followed the tradition in the ensuing days. 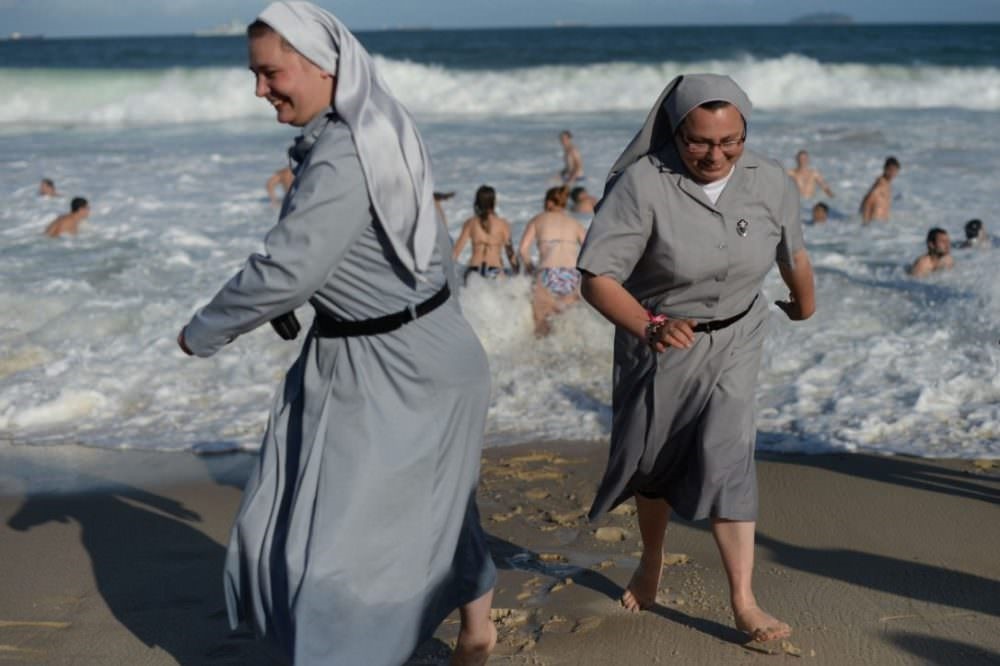 The attire was deemed to go against the secularist principle of the country and was also considered a security threat for the society. Prime Minister Manuel Valls waded into the debate and added further insult to injury when he said the burkini represents the "enslavement of women," drawing reactions from women's rights advocates with his metaphor. His comment purportedly disregarded the fact that covering one's body and hair is considered compulsory for women according to the Islamic faith and it might be her choice to adhere to it or not.

Claire Adida, a professor of political science at UC San Diego and also the author of the book titled "Why Muslim Integration Fails in Christian-Heritage Societies," argues that the ban is a "misguided attempt at protecting women's rights." She says: "The fact of the matter is that there exists multiple motivations for women who cover themselves. Some choose it; others may feel coerced into it. The latter is certainly problematic. But these bans, by legislating what a woman cannot wear, reproduce the very coercion they claim to fight. This is not the proper role of the government. If indeed there is coercion there (and we simply have no way of knowing this), then these changes must occur from within the Muslim community. They cannot be imposed from the outside." 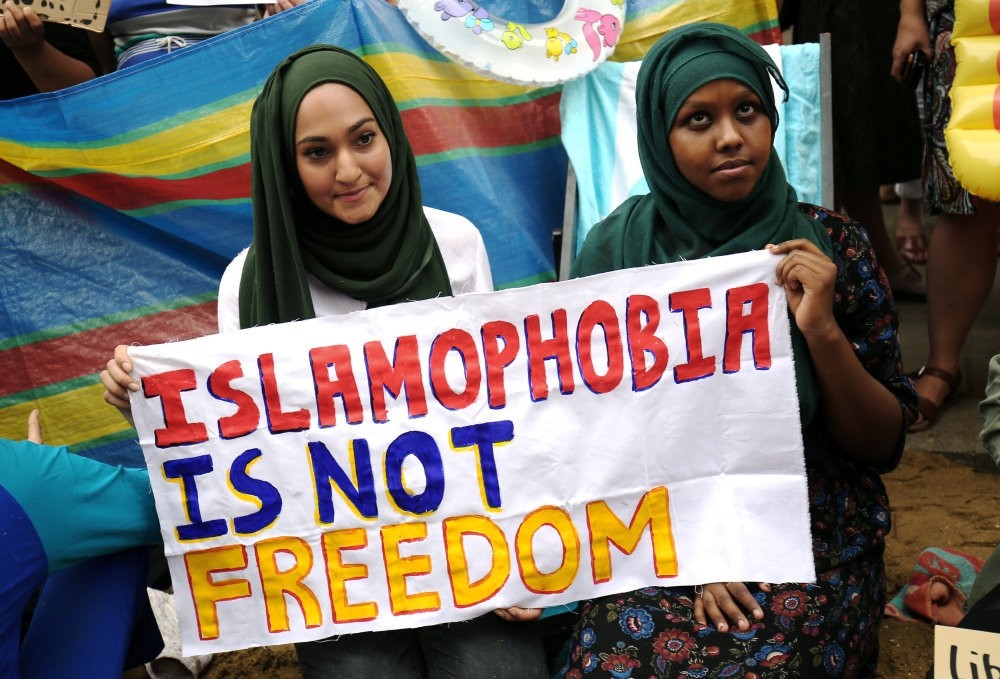 There is currently a wide array of reactions against the ban, which increased as pictures emerged of a veiled woman sitting on a beach in Nice removing her burkini with policemen standing by. After the photographs went viral, people began to post pictures of nuns with their habits on the beach, with many asking rhetorically whether they too "would be forced to" take off their habits. The incident also raised concerns among Jews. Hareetz reported on Aug. 24 that the Board of Deputies of British Jews "reacted to the alleged harassment of Muslim women on France's beaches."

"France is going backwards in terms of democracy," says Sare Aydın, the head of the Women and Democracy Association (KADEM). "The most significant parameter of being a strong state of democracy is the sphere of freedom you allocate for women. You can only tout your democracy when you open up equal space of freedom to women from different identities. France has failed that," Aydın adds, expressing her objection to the controversial bans.

One being no more plausible than the other, the arguments, most critics agree, smack of Islamophobic sentiments that continue to swell with the rising terror threat in the country, and that the officials' statements about cementing secularism merely cover up the fears against all signs of Islam.

Mohammad Mazher Idriss, a lecturer in Law at Manchester Metropolitan University argues that the notion of secularism is taking up a new form and is no longer protective of freedom of religion in France. He says there is "a complete transformation of the laws surrounding secularism from 1905 and 2004." 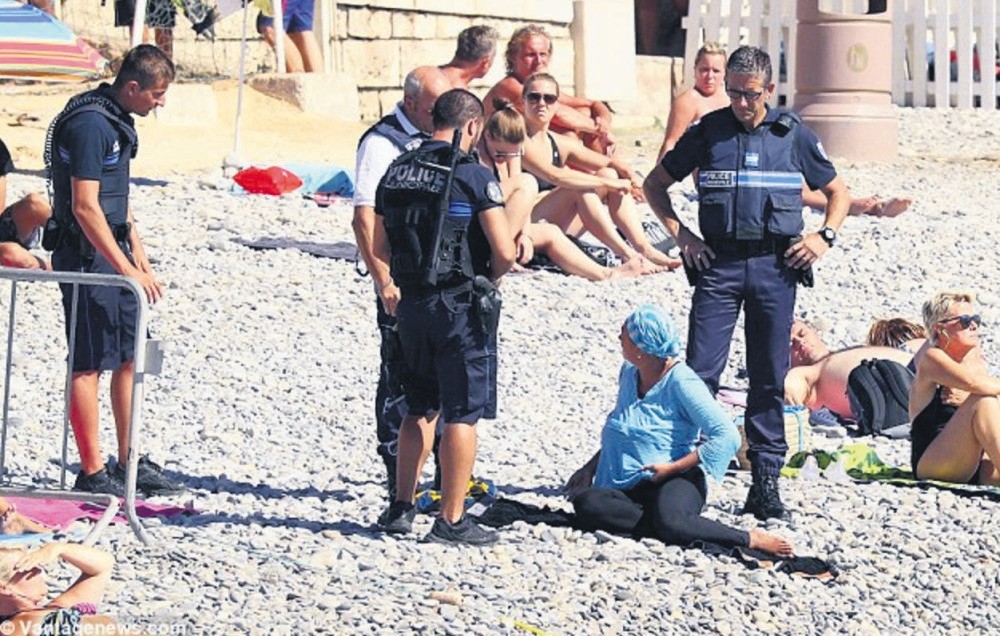 A woman is forced to remove her body-covering swimwear by French police at beach.

"The 1905 law in particular was passed to guarantee freedom of conscience and religion in public buildings that does not discriminate between any French citizens... But now 'Secularism' is being used as an instrument to combat with Muslims, Muslim lifestyles and to stigmatize Islam and those who have nothing to do with the state - the laws on secularism are now being used in public spaces outside the state arena."

French secularism - one motive cited for the ban - is based on the 1905 French law on the Separation of the Churches and the State. The notion, which is referred to as "state neutrality in religious matters," is the core concept of the French constitution, but rather contentious in the academic platform. While it is considered as a guarantee of freedom of religion, it is perceived as a forced separation of public life from any visible signs of religion.

The current constitution, which was adopted in 1958, establishes France "as a secular and democratic country, deriving its sovereignty from the people." However, its strong commitment to the former, or rather failure to draw clear-cut lines to it, occasionally leads the French government to have some setbacks in its democracy.

In 2004, France enacted a law that banned the wearing of "ostentatious" religious symbols in public schools. The law applied to all kinds of religious symbols from headscarves to the Christian cross, but unarguably, it affected the Muslim population most.

Following the headscarf ban in schools, taking the ban a step further in 2011, the French government banned all kinds of face-covering items - ranging from masks to veils concealing the face - in public places. Security reasons and social hindrance were cited in the proposal of the ban. The European Court of Human Rights upheld the decision, but could not hush objections from human rights advocates who argued that the law was a blatant violation of women's right to express their belief.

Daniel Gordon, a professor of history at the University of Massachusetts, whose area of interest is France's relationship with its Muslim population, says that unlike the 2004 law prohibiting the headscarf in public schools, the basis of the 2011 law that bans full-face veils was not "secularism." The 2011 law, he says, was based instead on the principle of "reciprocity." He says the idea behind it is that "all citizens must be open to revealing themselves to others." Making a comparison between the U.S. and France, he says, "Certainly, in the United States, our laws could not prevent someone from wearing a burkini, even if it covers the whole face. This is because 'the free exercise of religion,' a phrase from the First Amendment of our Constitution, is a very powerful principle in our political system."

"If a woman wears a burkini that does not cover the face, I don't understand how one could ban this. This would be discrimination pure and simple and should trigger constitutional issues, even in France, where religious freedom is not as powerful a right as it is in the United States," Gordon adds.

Some critics contend that rather than commitment to secularism, the bans have to do with increasing Islamophobia in the country.

Islamophobia, which, at its minimum level, is feeling nervous solely at the sight of people of Middle East extraction, has morphed into aggression against the Muslims residing in France since the Paris attacks erupted. There have been many reports in media of both verbal and physical assaults against the Muslims, as well as instances of isolating them in the name of "protection against terrorism."

The latest terror attacks in Nice have made things a little more difficult for the Muslim population, as experts believe France's way of dealing with terrorism and its measures to impede further threats is beginning to encroach Muslims' freedom of worship, which they assert does not help to slacken the tensions. French officials' "hurtful" statements add fuel to the debates and drive a wedge between its Muslim Population. Former French President Nicholas Sarkozy, branded the burkini as "provocation" and vowed to ban it all together if he is re-elected as the president. His election pledge appears to be a strong indication that France is leaning toward a far-right, nationalist pattern.

"Terrorism aims to scare people. The French state is desperately searching for ways to reassure the French population, and these local initiatives to ban the burkini should be seen in this context. However, the immediate consequence is to reinforce the French people's ignorance about Islam and to teach them, once again, to be scared. The idea that wearing a burkini is somehow supporting terrorism is self-evidently ridiculous," says Sharif Gemie, a professor of Modern and Contemporary History at the University of South Wales.

He adds: "On some French beaches there is now an absurd situation: A white, non-Muslim woman who is worried about - for example - sunburn may cover her limbs and head to protect herself, while a Muslim woman is not able to take the same measures. There is no doubt that this ban is a significant breach of human rights."