The Game is Changing 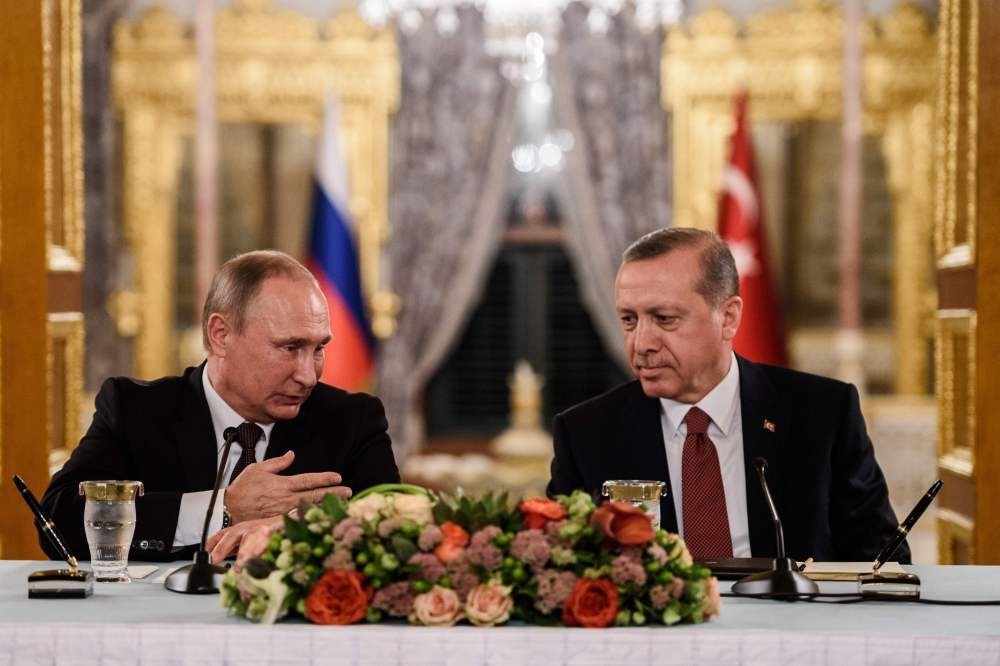 This week has been one in which the relationship between Turkey and Russia has been put under the microscope. There seems to be concern that the continuing cooperation between the countries, while serving the interests of both these nations, will be to the detriment of Western interests

After the assassination of Andrey Karlov in Ankara there were worries that the murder would prove a hindrance to the planned talks in Moscow between Russia, Turkey and Iran. But while President Recep Tayyip Erdoğan said this was "a provocation to damage the normalization process of Turkish-Russian relations," Russian President Vladimir Putin said the assassination was an attempt to "thwart a peace process in Syria which Russia, Turkey and Iran have been actively trying to promote." Mr. Erdoğan went on to speak for both nations when he said "the Russian and Turkish administrations are determined not to fall for this provocation." 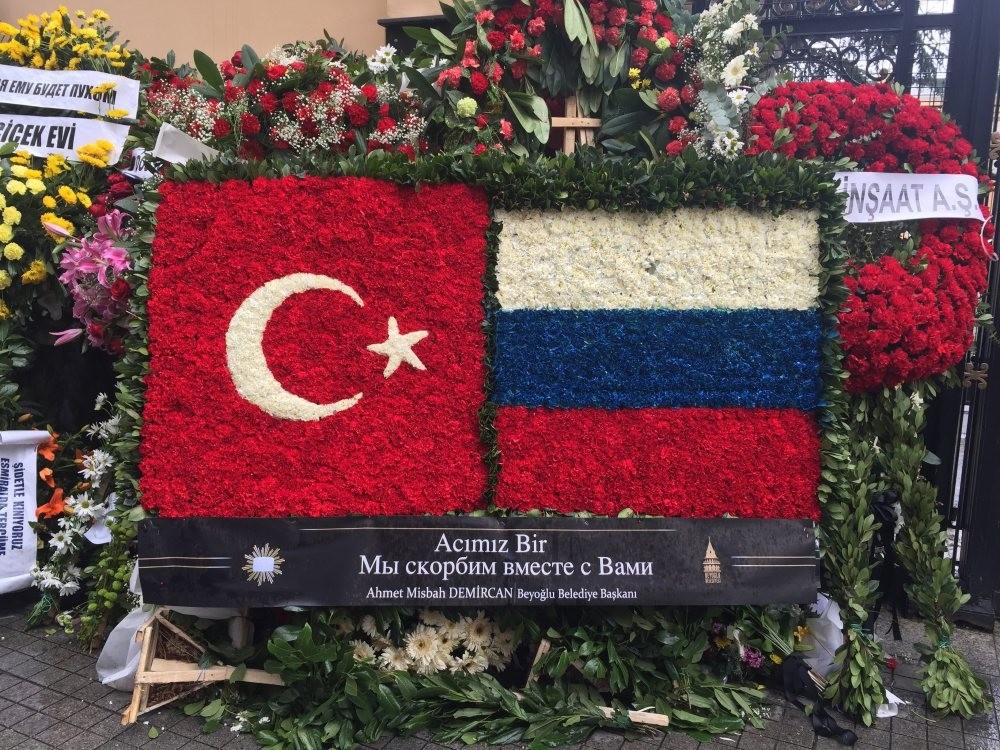 Why are Russia and Turkey countries of such grave concern to the rest of the world? Why is there growing concern that they are "getting along"? The answer is historical and simple. Throughout the years, Russia and Turkey have often been played off one another, one acting as a buffer to the other. Each country has been used to block the expansion of the other in the region, thus allowing Western interests to be pursued unhampered.

What follows is a very patchy, very partial history of the Russo-Turkish history. An article of this length cannot possibly cover the complicated relationship between the two countries. Rather, some highlights have been selected to demonstrate an interesting aspect of how the countries interacted.

The history of the relationship between Russia and Turkey date back to the 14th century. Both emerged as nations during this century, but it was not until the 16th century that Russia started to take a prominent place on the European (at that time European equaled the world) scene.

The next century was the beginning of direct conflict between the two empires; one of the main aims of the Russians was to secure a warm water route via the Black Sea and the Mediterranean. Another was religious, as Hagia Sophia, located in the center of Istanbul, was the heart of the Orthodox religion. And then there was just the plain desire to expand territory and influence. The Ottomans held sway in the territory that stretched between the two nations, including the Crimea, the Balkans and the Caucasus.

The loss of the Crimea to the Russians in the 18th century was an important loss for the Ottomans. It was also a great blow to the Tatars who were living there, as it was the beginning of the end for their life on the peninsula. Two centuries later Stalin forced the Tatar men to join the army, and exiled the women and children. Many died on the long journey. It was only from the 1980s that the Tatars began to be able to return to their peninsula and establish a life for themselves. This fact is what lies behind the sensitivities of the Turkish nation and government to the seizure of the Crimean Peninsula in 2014.

When the Russians seized the Caucasus from the Ottomans at the end of the 19th century, many Muslim residents of the area fled. They came to reside in Turkey. The large number of Chechens and other Caucasian tribes living in Turkey today is the direct result of this.

The Crimean War saw the British and French give support to the Ottomans against the Russians. The British and French wanted to prevent the Russians expanding to the south. As A.J.P. Taylor, in "The Struggle for Mastery in Europe: 1848-1918" (1954) states: "In some sense the Crimean war was predestined and had deep-seated causes. ...Nicholas needed a subservient Turkey for the sake of Russian security; Napoleon needed success for the sake of his domestic position; the British government needed an independent Turkey for the security of the Eastern Mediterranean ... Mutual fear, not mutual aggression, caused the Crimean war."

Only 60 years later Turkey entered World War I alongside Germany and Austria-Hungary. Now Russia was on the side of Britain and France. In terms of history this is a very quick changing of sides.

So what had happened? Sixty years earlier the taking of sides was a matter of saving face, and of ensuring interests in the region. Britain did not want a strong Russia interfering in the Mediterranean. Now Britain and France wanted to ensure that the Ottomans were defeated and removed from the scene. They started dividing up the Ottoman Empire before the war had even finished.

Russia came out of World War I as a country which had undergone a bloody revolution. The nation had now become a socialist state, and was struggling with how to transform itself into a country in which communism could function. Turkey had undergone a bloody war of independence and was now heading towards modernization with a secular twist. Both countries, with their new paradigms were able to have good relations and settle any disputes over territory without much problem. Neither felt ready to pick a fight with their historical enemy.

It is interesting that the Republic Monument in Taksim Square includes two Russian citizens, Mikhail Frunze and Kliment Voroshilov, both high-ranking Soviet army officers. Their inclusion was ordered by Atatürk and was a nod to the financial and military aid that Lenin provided during the Turkish War of Independence.

After World War II the balance between the countries shifted once again. The Soviets wanted to have control over the straits, both in Istanbul and the Dardanelles. But what the U.S. wanted, more than anything else, was to eliminate communism, or at least to confine it to the USSR. With the beginning of the Cold War, Turkey became a vital partner for Western powers. One indication of this was the financial and military support that Turkey received and the joining of NATO in 1952.

But once Stalin died, the balance shifted again. The USSR renounced all territorial claims in Turkey and the relations improved when sanctions were imposed on Turkey in response to Turkey's sending troops into Cyprus to protect the lives of the Turkish residents living there. At this time, the USSR stepped in with economic assistance.

Then, from the 1990s the golden age started. Particularly after 2002 the relations between the two countries grew, as they became partners in a number of economic ventures. In 2003 an undersea gas pipeline was constructed, and imports took off. Tourism also became of major importance, especially for Russian holiday makers. Russia is planning to help construct the first Turkish nuclear plant at Akkuyu. This was how things were until November last year, when a Russian Su-24 was shot down over the Turkish-Syrian border.

Now the Russians, the Turks and the Iranians are sitting down to try to come up with a solution that will lead to peace in Syria.

After so many futile attempts by different "international" bodies, where one or the other of the above parties were left out, where no conclusive decisions could be made, these talks have brought hope.

And yet, we here mutterings that "Turkey, Russia and Iran are...positioning themselves as the future partitioning powers of Syria...the rules are about to be rewritten" (The Times, 21/12/2016).

The fact that Turkey and Russia are getting along does not mean that Turkey has turned its back on the West. But if the West continues to push Turkey away, to try to "reprimand" it for perceived transgressions, then it only has itself to blame if Turkey and Russia do not invite Western parties to the table.

In fact, it is this not being invited to the table that is the crux of the problem. If one rereads Putin's statement, it is very clear. The problem is that it is Russia, Turkey and Iran who are actively trying to promote the peace process. The West has been sidelined. Neither America, nor Britain nor continental Europe have been invited to the table. Russia and Turkey are no longer allowing themselves to be manipulated as a counter to the other. The game is changing, and new players are emerging.
Last Update: Dec 24, 2016 11:57 am
RELATED TOPICS