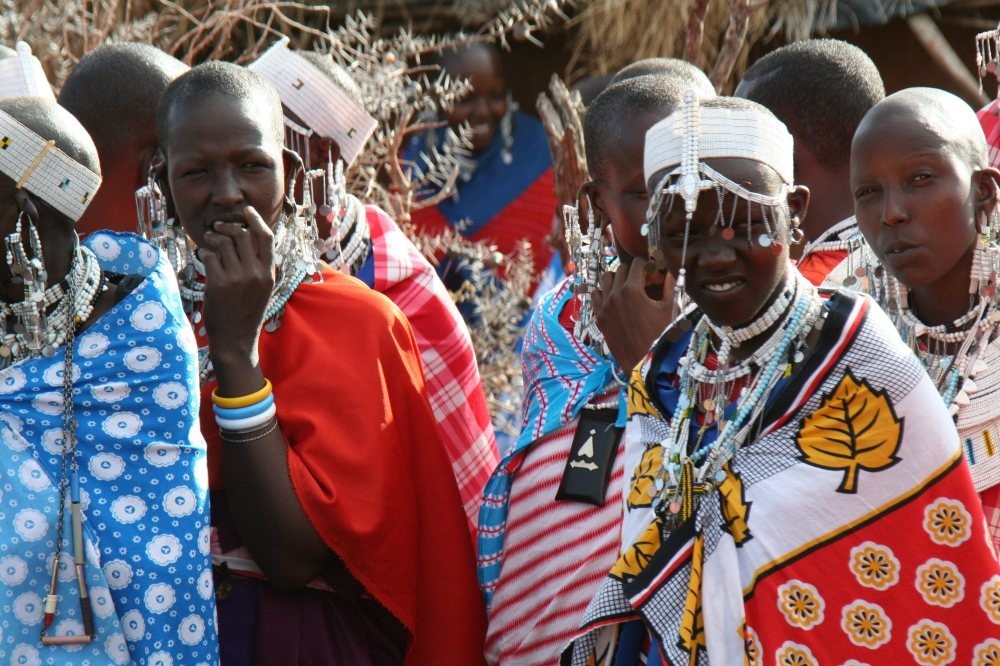 Pastoralist rights activists say a combination of recurrent drought, loss of grazing lands to wildlife reserves and large-scale agricultural investment has forced increasing numbers of Maasai to migrate to cities.
by May 23, 2017 12:00 am

Tanzania's nomadic Maasai settle in urban cities, trying to keep their traidition alive in the most unlikely place

On the crowded streets of the Tanzanian capital, the sight of groups of men brandishing spears and clubs or hoisting wooden sticks used to herd cattle is no longer unusual. The men are Maasai, one of northern Tanzania's most recognizable ethnic groups, known the world over for their semi-nomadic lifestyle and distinctive, colourful beads, red robes and distended earlobes.

While Maasai migration to urban areas began in earnest in the 1990s, pastoralist rights activists say a combination of recurrent drought, loss of grazing lands to wildlife reserves and large-scale agricultural investment has forced increasing numbers of Maasai to migrate to cities.

Lameck Maneno, 32, from Bomang'ombe near Arusha in northern Tanzania, said more and more Maasai land is being sold to wealthy individuals and private companies. "We remain with (only) a small area for farming or cattle grazing," he told the Thomson Reuters Foundation. "I came here two years ago and I was employed as a watchman. My boss trusts me because I don't steal."

The Maasai have shunned modern life for decades and still represent one of the largest pastoral groups worldwide, roaming across southern Kenya and northern Tanzania. They have lived alongside - and in ecological balance - with indigenous wildlife for centuries.

According to pastoralist rights campaigners there are around a million Maasai living in Kenya and Tanzania. But they say the continued allocation of vast tracts of grazing lands for wildlife parks is taking its toll.

Three years ago, in Loliondo, in Tanzania's northern Ngorongoro District, more than 40,000 Maasai pastoralists were evicted from a 150 square km (60 square miles) tract of land ostensibly to make way for a wildlife corridor. However the land has ultimately been used for the establishment of a private game park by a United Arab Emirates-based company, activists say.

"Our traditional grazing land is shrinking every single day, Yannick Ndoinyo, a Maasai activist and ward councillor in Olososokwan village in Loliondo said by phone. "We can no longer sustain ourselves."

Jumanne Maghembe, Tanzania's minister for tourism and natural resources, denied the accusation. "The decision to ban grazing activities in our national parks is consistent with the law, and does not target local communities," he told the Thomson Reuters Foundation.

Governments across east Africa have worked to encourage nomad communities to settle into farming as a strategy to avert land disputes, said Ngurumwa of the Tanzania Human Rights Defenders Coalition.

But restricting herders to one area undermines their ability to feed their animals, especially in the face of climate change. "Maasai herders are constantly on the move to find water and fresh pastures. It's virtually impossible to confine them in one area," said Ndoinyo, the Maasai activist.

For those who do move to the cities, the hope is that they can make enough money to sustain the families left behind on the land. "When I came here I expected my life to change rapidly, but things did not go as I planned. I am still looking for a job," said Jumbe Saidim, 28, from Oldonyo Sambu, in the Arusha region.

While a handful manage to eke out a living, many find themselves living miserable lives on the streets, without shelter or enough food. "I have to do a lot of things to survive; selling cigarettes at night, supplying herbs for men with erectile dysfunction, even plaiting women's hair," said Raymond Letoto, a hawker in Tegeta area of Dar es Salaam. "You have to diversify your businesses to survive."

Those Maasai who work as security guards complain about the lack of job security and being forced to work in dangerous areas where they often risk their lives.

"Our job is very dangerous and the weapons we use, spears and machetes, are very inferior when thieves come with guns," said Ombeni Kessy, a security guard working in a private home in the Mwenge area of the city. He said many Maasai watchmen have also been exploited by police who arrest them on fraudulent charges and demand money.

The struggle to make a living has led groups of Maasai in Dar es Salaam to join forces and create informal welfare organizations. "We normally call a meeting once every month to discuss our problems and find ways to help one another," said Laibon Kaluse, a group leader in Mwenge. "If someone has died back home, we raise some money so someone can attend the funeral," he said. "If someone is sick, we help them."