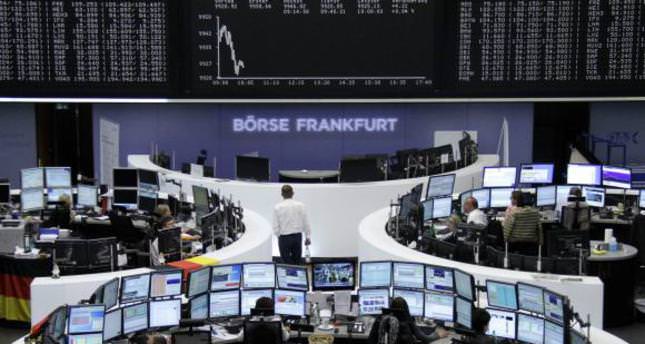 by Jun 25, 2014 12:00 am
Europe's top share index slipped to a three-week low on Wednesday as concerns that violence in Iraq could escalate further prompted investors to take refuge in safer assets such as German bonds.

"Investors are still concerned about American foreign policy and what will be the next step in terms of any military intervention as opposed to diplomacy in the Middle East region."

Militants attacked one of Iraq's largest air bases as the first U.S. teams arrived to assess the Iraqi security forces and decide how to help counter a mounting Sunni insurgency. Advances by militants have threatened to rupture the country two-and-a-half years after the withdrawal of U.S. troops.

"It's a volatile situation in Iraq and Treasuries and Bunds benefit from flight to quality," said Nick Stamenkovic, bond strategist at RIA Capital Markets in Edinburgh.

Oil markets were mixed as traders weighed the likelihood of supply disruptions from Iraq. Analysts said lingering worries that continued violence in Iraq would dent supplies from OPEC's second-largest producer kept a floor under prices.

"Oil prices have been unusually stable in recent years, but events in Iraq are causing a reassessment of medium-term oil market fundamentals that we expect to translate into a phase of higher long-term prices and more volatile trading conditions," strategists at Barclays said in a note to clients.

In the currency market, the dollar slipped against the yen, with some investors cautious ahead of the final reading of first-quarter U.S. GDP. It is forecast to be revised down and is likely to boost expectations that the Federal Reserve is in no hurry to tighten policy. The dollar was down 0.1 percent versus the yen at 101.90.