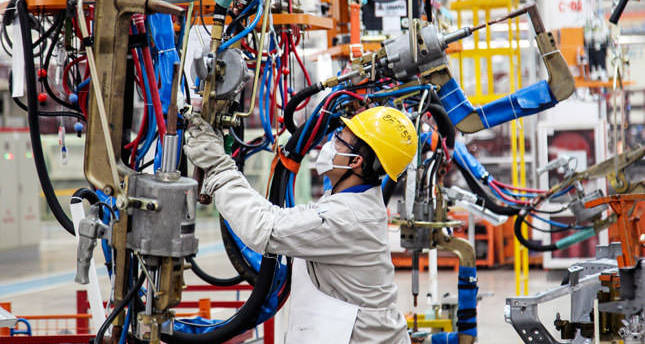 Factories across Asia and the eurozone reported a general loss of momentum last month, which speaks volumes about the need for more policy stimulus on top of Japan’s latest efforts to ignite growth

A second month of price-cutting in the eurozone, alongside only tepid expansion in Germany - the bloc's growth engine - and contractions in France and Italy, will be disconcerting for the European Central Bank as it faces a real risk of deflation.

Meanwhile, regional manufacturing surveys from Asia were littered with unwelcome landmarks, including a five-month low for activity in China, a four-month trough for South Korea and a 14-month low for Indonesia. Japan's bold move in expanding its already massive asset buying program raised expectations the ECB will eventually have to bite the bullet on quantitative easing, but the move faces opposition from Germany.

"You are going to need some out-turns that are weaker than these to convince them they need to do QE but it is a trickle effect and every month you get the absence of a pick-up you get a month closer to QE," said Victoria Clarke at Investec. "China is on a bit of a softer growth path than it has been, but there is nothing there that suggest it is heading further south. The authorities are going to continue to provide a floor to growth that limits any downside and that is being evidenced."

Beijing has already cut taxes, quickened some investment projects, offered short-term loans to banks, instructed local governments to spend their budgets and reduced the amount of deposits that some banks hold as reserves to spur lending. Readings on Japanese activity were delayed by a holiday but will likely be overshadowed by the Bank of Japan's decision on Friday that took financial markets by surprise.

The BoJ's move stands in marked contrast with the Federal Reserve, which on Wednesday ended its own quantitative easing, judging that the U.S. economy had recovered enough to dispense with the emergency flood of cash into its financial system.

Eurozone inflation was just 0.4 percent in October, well within what the ECB terms a "danger zone" and the surveys showed that further discounts at the factory gate failed to drive up new orders.

Markit's final October manufacturing Purchasing Managers' Index was 50.6, beating September's 50.3 but shy of an earlier flash estimate of 50.7. October marked the 16th month the index has been above the 50 line that divides growth from contraction.

Germany's manufacturing industry returned to modest growth last month but new business fell slightly for a second month as Russian sanctions and a general economic slowdown weighed on demand. Adding to the gloom, the surveys showed French factory activity contracted faster than in September and Italian manufacturing slowed at the sharpest rate in 17 months.

British factories also reported a decent month of October. Activity expanded at the fastest rate in three months but weak demand from the euro zone, its main trading partner, sent export orders tumbling at the fastest pace since January 2013. After the releases the dollar powered to a seven-year peak against the yen and a two-year high against the euro although the data showing China's economy is losing momentum tempered investors' mood and weighed on global stocks.