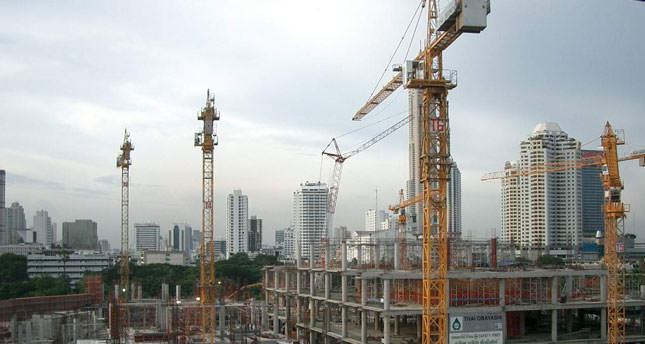 by Şeyma Eraz
Nov 04, 2014 12:00 am
The increasing interest of foreign investors has revived the office market of the real estate sector. General Manager of Bigg Mimarlık Gürkan Bakırküre noted that 3 million square meters of office space will be built in the next five years.

There are already 4 million square meters of class A and B offices in Istanbul and this number will soon be increasing. Approximately 40 percent of the 3 million square meters of additional office space will be sold to foreign investors. General Manager of Bigg Mimarlık - which serves in architectural office designs - Gürkan Bakırküre stated that many investors that want to enter in eastern markets are renting offices in Istanbul. "With the 3rd Airport Project in sight, Istanbul's appeal has increased. Istanbul will become the management center in the region within the next 5 years," said Bakırküre.

Highlighting that the increase in investments to Turkey has also revived the architectural office design industry and the market is developing in line with the economy. "The increase in investments since 2010 has created a fast growth trend in the office space market. Investors who thought their office space would be adequate two years ago are now demanding larger offices," said Bakırküre.

Turkey has advantages with its location which provides opportunity to reach 1.5 billion customers easily from Europe, Eurasia, Middle East and North Africa. International corporations prefer to establish their regional management offices in Istanbul. As an example the Coco Cola Company has its management office for 92 countries in Istanbul.

Speaking to Daily Sabah, managing partner of Swiss Offices Ömer Faruk Albayrak stated that with the increasing interest of foreign investors in Turkey, the real estate sector continues to grow. "The duration for a return on investments [in Turkey] is shorter than in European and Middle Eastern countries, which is the major reason for investors' preferences. Foreign investors generally enter the market with smaller amounts, so they prefer to rent offices. When they're convinced about continuing their businesses in Turkey, they prefer to buy offices from exclusive office buildings, preferably class A. Furthermore, there has been a remarkable amount of Japanese investors starting to enter the Turkish market, which will obviously have a positive effect" said Albayrak.