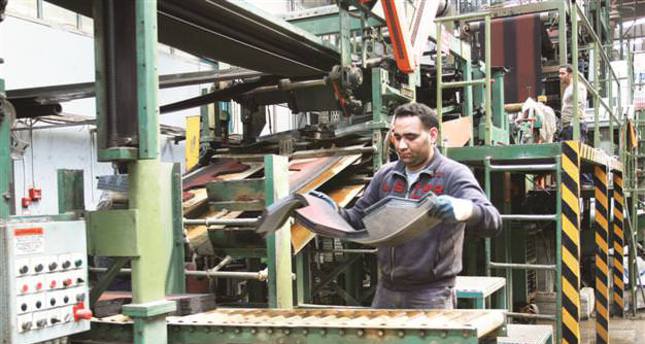 by daily sabah
Nov 11, 2014 12:00 am
Turkey's private sector's external debt financed by European countries totals $95.2 billion, with funds borrowed from Asian, American, African and Oceanic countries adding $23.4 billion, $19.2 billion, $103 million and $97 million respectively to banks' balance sheets. According to data released by the central bank, the U.K. has become the largest lender to the Turkish private sector, which has borrowed long-term loans totaling $21.6 billion from the country since August 2014. Germany took second place with $17.8 billion followed by the U.S., the Netherlands, Bahrain, Luxembourg and France with $17 billion, $14.3 billion, $12.5 billion, $10.5 billion and $7 billion respectively. As far as the lender-based distribution of debt is considered, $15.9 billion of this external debt was borrowed from government agencies and international institutions including European Investment Bank, Council of Europe Development Bank, Islamic Development Bank and International Bank for Reconstruction and Development, while a total of $26.9 billion was procured from bond creditors and the remainder $122.2 billion was obtained from private creditors.