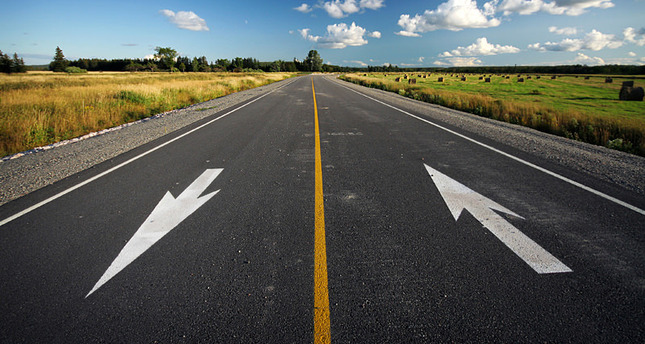 Regulators on both sides of the Atlantic imposed fines totalling $3.4 billion on HSBC, the Royal Bank of Scotland, UBS, JPMorgan and Citibank for attempting to manipulate foreign exchange markets

"Today's record fines mark the gravity of the failings we found, and firms need to take responsibility for putting it right," said Martin Wheatley, chief executive of the FCA. "They must make sure their traders do not game the system to boost profits."

Some $5.3 trillion changes hands every day on the global foreign exchange market, with 40 percent of trades occurring in London. Currencies including dollars, pounds, euros and yen trade in the loosely regulated market dominated by a group of elite banks. But those trades have an even wider impact because companies around the world use market prices to value assets and manage currency risks. The regulators found that between January 1, 2008 and October 15, 2013, the five banks failed to adequately train and supervise foreign currency traders. As a result, traders were able to form groups that shared information about client activity, using nicknames such as "the players, "the 3 musketeers" and "1 team, 1 dream."

"Traders shared the information obtained through these groups to help them work out their trading strategies," the FCA said in a statement. "They then attempted to manipulate fix rates and trigger client 'stop loss' orders." Stop loss orders limit client losses in the face of adverse currency movements.

The traders tried to manipulate the market to ensure that their banks made a profit, the Financial Conduct Authority said. "It is completely unacceptable ... for firms to engage in attempts at manipulation for their own benefit and to the potential detriment of certain clients and other market participants," the U.K. regulator said.

RBS Chairman Philip Hampton said the bank accepted the criticism and condemned the actions of the employees responsible. "Today is a stark reminder of the importance of culture and integrity in banking and we will rightly be judged on the strength of our response," Hampton said in a statement.

RBS has started disciplinary action against six employees, three of whom have been suspended. The Bank of England conducted a separate inquiry into the role of its officials in the foreign exchange market. The investigation by outside attorneys found no evidence that the central bank was involved in unlawful or improper behavior but it said its chief foreign exchange dealer was aware that traders were sharing information.

From at least November 28, 2012, the bank's chief dealer had concerns this could involve "collusive behavior," but failed to notify his superiors. "This was an error of judgment for which he should be criticized," the investigator, Anthony Grabiner, said in his report. Grabiner stressed the dealer did not act in bad faith and was not involved in unlawful or improper behavior. The U.S. Department of Justice and other authorities are conducting their own investigations and further penalties are possible. Barclays said in a statement that "after discussions with other regulators and authorities, it decided to seek a more general coordinated settlement." Regulators in Britain, Switzerland, the U.S. and Asia have been investigating the banks' conduct for months, and negotiating settlements with the banks.

For their part, the banks already had factored in the prospect of heavy fines by putting money aside to cover the cost. Citigroup took a $600 million charge while JPMorgan Chase & Co. about $400 million. Barclays, HSBC and Royal Bank of Scotland similarly set aside hundreds of millions of dollars.

The foreign-exchange scandal again lifts the curtain on misconduct in the banking world and is the latest black eye for big international banks. Five big banks including Britain's Lloyds, Barclays and Royal Bank of Scotland have been sanctioned for alleged manipulation of a key global interest rate in a continuing investigation. The five banks together have paid nearly $4 billion in settlements, and several individuals have been criminally charged by U.S. authorities.

The London interbank offered rate, known as LIBOR, is used by banks to borrow from each other and affects trillions of dollars in contracts around the world, including mortgages, bonds and consumer loans.

Major Wall Street banks including JPMorgan Chase, Bank of America and Citigroup have each paid billions of dollars in settlements with the Justice Department and other U.S. agencies over their role in selling the toxic mortgage securities that fueled the worst financial crisis since the 1930s and threw millions of homes into foreclosure.