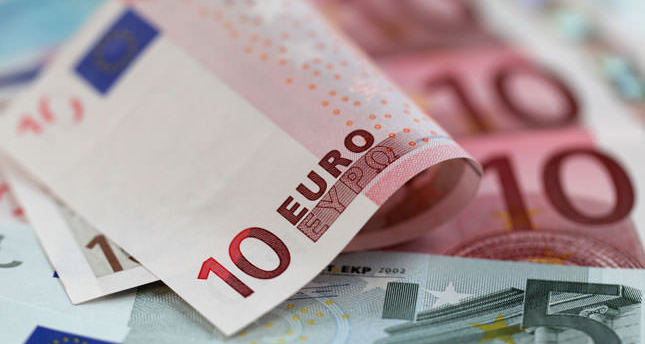 The eurozone growth of 0.2 percent compared with the previous quarter is still too weak to make a serious dent in the near-record unemployment, and few economists think it's going to get much better any time soon.

The figure reported by the Eurostat statistics agency was stronger than the 0.1 percent tick recorded in the second quarter, which most in the markets had expected to be repeated. It is also equivalent to an annualized rate of around 0.8 percent, way short of the U.S.'s 3.5 percent.

"After a false dawn when the eurozone exited recession just over a year ago the fundamentals and overall economic picture have failed to see a substantial improvement," said Danae Kyriakopoulou, an economist at the Centre for Economic and Business Research.

Though the eurozone has avoided recession, weak growth is a problem because the region faces an additional threat deflation. At only 0.4 percent in the year to October, inflation is far below the 2 percent rate the European Central Bank looks for. As a result, the ECB is under pressure to provide more stimulus.

If prices start falling on a sustained basis so-called deflation growth may be choked further as consumers delay purchases in the hope of cheaper bargains down the line and businesses fail to innovate and invest.

"Growth is still nowhere near strong enough to eat into the vast amount of spare capacity in the region and hence diminish the risks of deflation," said Jonathan Loynes, chief European economist at Capital Economics. "As such, the numbers do nothing to ease the pressure on the ECB and governments to provide more policy stimulus." A more detailed look at Friday's figures shows much of the growth was due to France expanding 0.3 percent during the quarter. Many had feared Europe's second-biggest economy could sink back into recession. France's outperformance helped to make up for a muted 0.1 percent gain in Germany, Europe's biggest economy. Germany has long been Europe's driver of growth, but its key export and industrial sectors have seen a sharp drop in recent months, partly as a result of uncertainty over Ukraine.

Meanwhile, Italy continued to contract with a 0.1 percent quarterly drop, suggesting the eurozone's third largest economy continues to lag the rest of Europe as it struggles to reform its economy. In perhaps the most momentous development, the figures showed Greece is out of recession for the first time in six years. Greece posted annual growth of 0.4 percent in the second quarter, followed by 1.4 percent in the third. According to Eurostat, Greece slipped into recession in the summer of 2008. Greece is now among the fastest-growing economies in the eurozone, having expanded in each period this year. ın the third quarter, its output swelled by 0.7 percent quarter-on-quarter.

However, it's going to take years for Greece to recoup the economic ground lost during the recession, one of the most savage to afflict a developed economy in the past 100 years. Its economy is now around a quarter smaller than when the recession started. "This does not reflect reality," said Foteini Kyzouli, who used to make a living in renting out properties but now eats at a soup kitchen. "ı believe we will get worse and worse." No country was immune to the global financial crisis of 2008-9, but few were in as bad a state to deal with it as Greece. Years of profligate government spending had combined with a super-charged credit boom to give the illusion that Greece had won its place among the developed world elite by adopting the euro money in 2002.