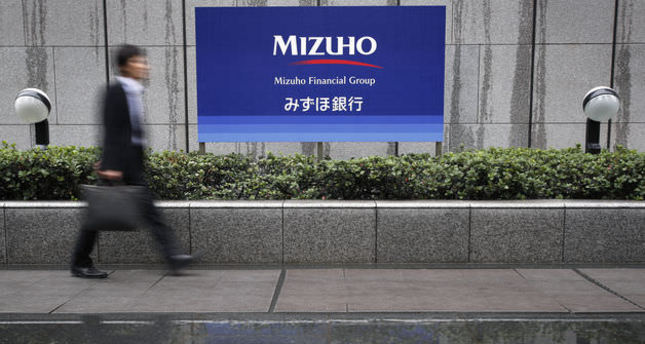 by Nov 14, 2014 12:00 am
Japan's top three banks have posted lacklustre half-year profit figures as the impact of last year's stock market surge faded and they struggle to boost lending at home. Mitsubishi UFJ, the country's biggest bank, on Friday said its net profit rose to 578.72 billion yen ($4.99 billion) in the six months to September, a nine percent rise, but well off a more than 80 percent on-year surge in the same period last year. Rival Mizuho Financial Group said its earnings dropped more than 17 percent to 355.29 billion yen for the six months, while Sumitomo Mitsui Financial Group on Thursday said its net profit shrank to 479.55 billion yen in the first half, down 5.2 percent from a year ago.

A stock market surge saw Tokyo's benchmark Nikkei 225 index rally 57 percent in 2013 -- its best annual performance in decades. The rise came as the yen weakened sharply on the back of Japanese Prime Minister Shinzo Abe's policies to revive the economy, dubbed "Abenomics," which enticed retail customers into the stock market.