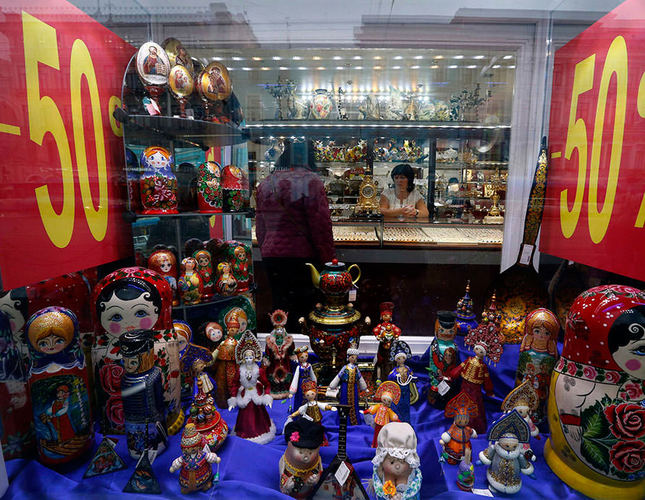 by
Nov 14, 2014 12:00 am
Russia's economic growth rate slowed slightly in the third quarter as the economy struggled with Western sanctions and the crisis in Ukraine, official statistics published yesterday showed.

Growth in the third quarter was 0.7 percent year-on-year, down from the 0.8 percent rate in the second quarter, according to data published by the state statistics agency Rosstat. Russia's growth has slowed dramatically in recent years, falling to 1.3 percent in 2013 from 3.4 percent the previous year.

President Vladimir Putin's first two terms in office had seen annual growth of 7 to 8 percent as oil prices soared. The Russian government has predicted growth of 0.5 percent for 2014 and 1 percent in 2015. But the central bank in a report this week gave a lower estimate of 0.3 percent for this year and zero growth in 2015.