Turkish honey claimed to be made in China 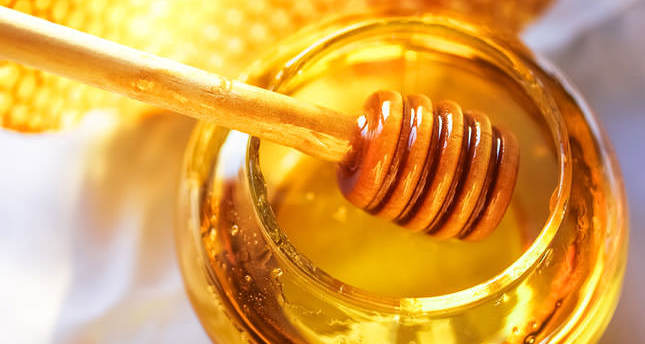 by Şeyma Eraz Nov 28, 2014 12:00 am
Turkey's honey exports to the U.S. have increased by 1,000 percent in last three years, spurring new discussions regarding the industry. Some American honey producers stated that Turkish honey is of higher quality and couldn't be as cheap as it is since it has been sold to Europe at twice the price. Competitors claim that China uses Turkey to sell honey to U.S. American producers, in turn calling for a boycott of Turkish honey.
The U.S. imported more than 4 million pounds of honey from Turkey in 2013, U.S. industry group True Source Honey said. "That's a tenfold increase, compared with three years ago. But what really aroused suspicion was the price of that Turkish honey: only $1.27 per pound, on average. When Turkish exporters shipped honey that year to the European Union, by contrast, the price was $2.13 per pound, which is more in line with the rest of the honey market."

Chairman of the board of the True Source Honey organization Eric Wenger called attention to the subject by saying he has seen this frau before. The story started more than a decade ago when American beekeepers complained that cheap imports of honey from China, the world's largest honey producer, were driving them out of business. The U.S. government investigated and concluded that China was "dumping" its honey on world markets. In 2008, the U.S. imposed tough duties on Chinese honey, effectively blocking it from American shores.

In the following years, large shipments of honey suddenly started arriving from other Asian countries, such as Malaysia. Further investigations revealed that this was really Chinese honey in disguise. Several Chinese and German honey traders ended up facing criminal charges for the fraud, and the Asian sources of illicit honey dried up.

True Source Honey was set up to prevent this from happening again, which Wenger thinks is occurring again now. He can't prove this, but he thinks Chinese honey has found a new route to the American market through Turkey. This would explain the odd discrepancy in the prices of Turkey's exports.

Chairman of the Turkish Beekeepers Union Bahri Yılmaz underlined that no honey was being imported from China for the past 5 years and if any honey is imported from China, that would have been brought through illegal means. "The issue of exporting Chinese honey to the U.S. was mentioned in Ukraine in 2013. Authorities from the U.S. visited Turkey and I have also mentioned to them that any low quality or fake honey is glucose and glucose is sold throughout the world by the U.S. Undersecretary of Foreign Trade and the Ministry of Agriculture have banned imports of honey from China," said Yılmaz. He further added that honey imports depend on control certificates which are obtained from the Ministry of Agriculture, which have not been issued in the last five years.

Speaking to Daily Sabah, owner of Aksu Vital one of the honey producers in Turkey, Yunus Aksu stated that it is forbidden to import honey to Turkey, and it is impossible to arrange this trade legally. Qualified Turkish honey would be exported at the price level of 3 euros per kilogram and current prices related to the claim are not making sense. "It is easy to find the origin of the honey by a pollen test. Instead of calling for a boycott of Turkish honey, just a simple test would be applied" said Aksu.