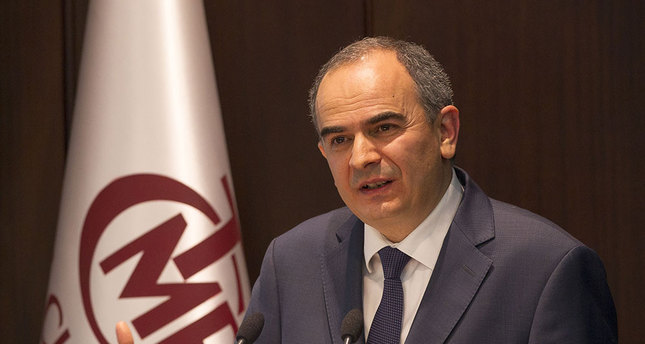 by Daily Sabah Dec 16, 2014 12:00 am
As the US Dollar tested 2.414 record-high level against Turkish Lira on Tuesday, Turkey's Central Bank (CBRT) made a crucial move to curb the demand for the Dollar.

The Central Bank announced that together with the Treasury, it will start meeting the foreign exchange demands of the state enterprises that are importing energy from abroad. The Bank's new practice will come into effect starting on December 17.

The monthly foreign exchange demand of Turkish energy importing state enterprises is around $1 billion, according to a news article of the Turkish economy website BloombergHT. This implies that the Central Bank's new move will cut the monthly demand for US Dollar by $1 billion and thereby relieve the markets.

Amid domestic political tensions and global downtrend in markets, the USD to Turkish Lira rate tested 2.395 level on late Monday pursuing a downtrend to 2.35 level on Tuesday morning. However, the rate gradually increased to 2.41 during the day.

Following the Bank's announcement, the Turkish Lira recovered to around 2.37 exchange rate, and Turkey's stock exchange Borsa Istanbul's the BIST-100 Index bounced back slightly to 79,830.96 points.