Bank Asya reveals huge loss, assets decreases by half in 2014 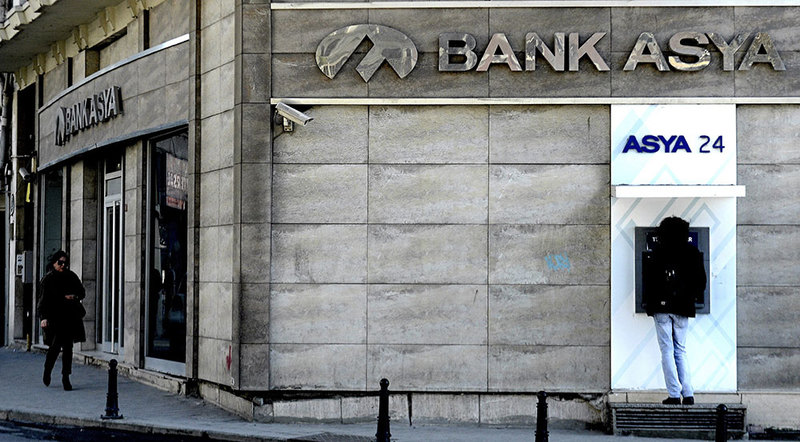 According to unconsolidated financial statements revealed through the Public Disclosure Platform (KAP) on Tuesday, the Gülenist affiliated bank decreased by more than 1 billion TL ($380 million) from its 180.6 million TL profit in 2013. The bank's assets were 27.785 billion TL ($10.6 billion) in 2013 and had decreased to 13.524 billion TL ($5.1 billion).

Within the statements prepared by Ernst&Young Turkey, the auditing firm abstained from issuing an opinion since sufficient and proper evidence was not present.

Citing the non-presence of a transparent shareholding structure, Turkey's Savings Deposit Insurance Fund (TMSF), which is among Turkey's four existing Islamic lenders, had seized 63 percent of the bank's privileged shares on February 4.

The statements said that the newly appointed board by the TMSF had not finished examining the bank's financial condition of 2014, while the evaluation by the TMSF and the Banking Supervision and Regulation Agency (BDDK) regarding the bank's shareholding structure continues.

Within the period between December 31, 2014 and March 6, 2015, the bank had also lost 895 million TL worth of participation funds and its credits had decreased by 579 million TL, the statement said, emphasizing uncertainty for the bank over whether to resume its banking facilities.