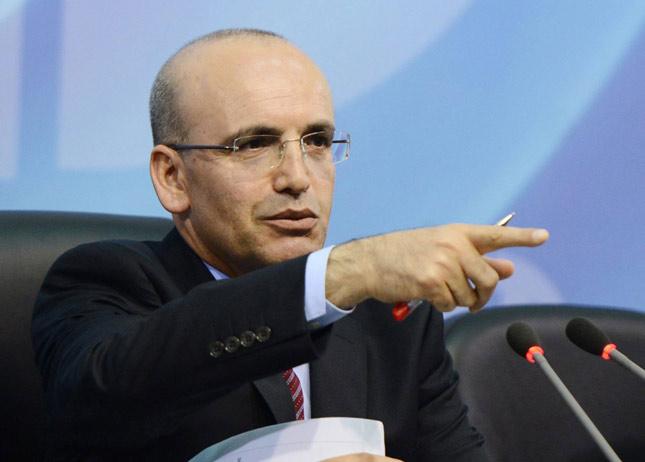 Finance Minister Mehmet Şimşek has announced that a new tax initiative will be applied to capital increases of companies. Accordingly, in order to support the equity financing of companies, an amount to be calculated over cash capital increases will be deducted from their revenues. Speaking to Reuters, Şimşek said that according to the regulation submitted to Parliament, which will be discussed at the Planning and Budget Commission, a weighted annual interest rate used for commercial loans will be applied to the amount of subscribed capital of newly founded companies covered in cash, and half the amount calculated can be deducted from the corporate tax payable for the related accounting term. Şimşek said that in order to support capital markets, an authority will be granted to the Cabinet to decrease this 50 percent to be calculated to zero depending on different criteria and to increase this figure to 100 percent and further, depending on the public access of public access companies, to increase this rate to 150 percent.

According to the bill submitted to Parliament at the beginning of this week, along with tax regulations, there are various other regulations for creating 47,000 new employment opportunities for teachers and terms of handovers in real estate sales. Şimşek said that by deducting the amount calculated over cash capital increases of corporations from the corporate tax amount, the use of equities will be supported. "Currently, while costs suffered due to the use of foreign funding can be included in determining corporate revenues, with the implementation of this new regulation, it will become possible to deduct such amounts from the company's revenues if the company has selected funding via their equities," Şimşek said. He added that in this respect, companies will be encouraged to use their own equities, which in the end will strengthen the financial structure of corporations. He also said that according to the bill, the Cabinet will have the authority to set different rates for tax deductions from the allocation of profit of public companies in order to support capital markets.