US dollar hits 12-year high against euro before Fed meeting 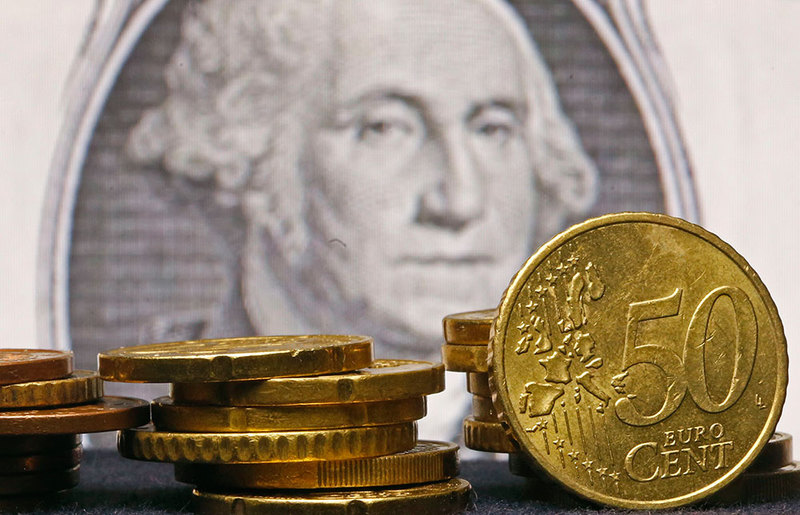 | Photo: Reuters
by Mar 16, 2015 12:00 am
The U.S. dollar hit a 12-year high against the euro on Monday, ahead of a closely watched Federal Reserve policy meeting this week, while oil prices fell again as US supplies continued to build.

Shanghai was the stand-out stock market in Asia, extending last week's gains after Chinese Premier Li Keqiang said the government had enough in its armory to support the world's second largest economy.

Investors are keeping their focus on the Fed's policy meeting on Wednesday, seeking a clearer timeline for when it will raise interest rates as the U.S. economy strengthens.

World markets took a hit last week and the dollar rallied in reaction to a strong US jobs report that increased the likelihood of a summer rate rise.

But while equities have settled, the dollar continues to advance, hitting a more than 12-year high against the euro, which has also been battered by the European Central Bank's new bond-buying stimulus program.

Oil prices fell further in Asia, extending Friday's losses after the International Energy Agency warned that the U.S. inventories were nearing storage capacity and adding to a global supply glut.
The U.S. benchmark West Texas Intermediate for April delivery fell 30 cents to $44.54, while Brent crude for April eased 49 cents to $54.18.