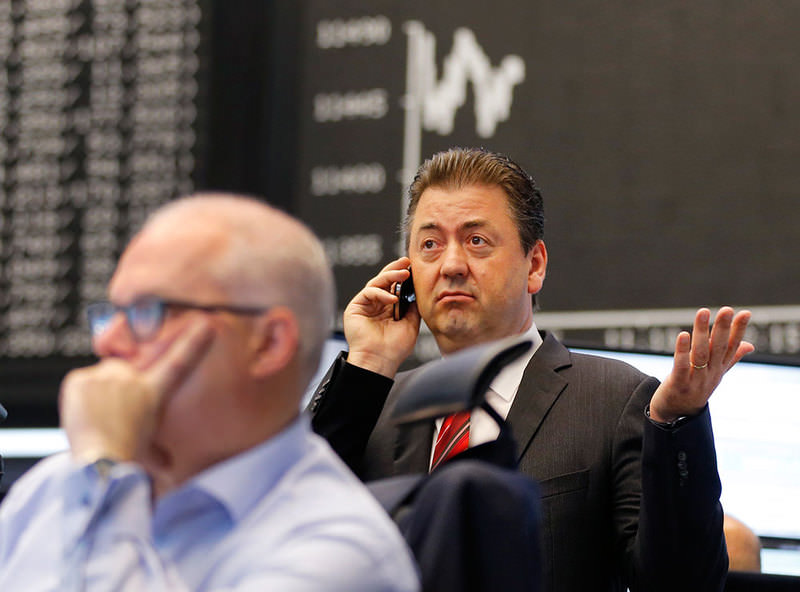 by Anadolu Agency Jul 13, 2015 12:00 am
European stocks jumped on Monday after the eurogroup announced that it had reached a bailout accord with Greece.

The euro shot up to 1.1197 against the dollar before falling 0.4 percent on the day. Analysts attributed the euro's fall to profit taking by investors who have held the euro throughout the Greek bailout negotiations.

An exchange-traded fund that tracks Greek stocks rose 5 percent in pre-open trading in the U.S. Shares in the National Bank of Greece, the country's largest bank, jumped 13 percent in U.S. trading.

Greece will receive a 85 billion euro ($95 billion) bailout over three years, with strict conditions imposed by the eurogroup.

The Greek parliament must legislate by Wednesday on the economic reforms agreed to in the accord, including value-added tax reform, tax reforms and pension reforms.

Greek government assets will be privatized, creating a 50 billion euro ($54.1 billion) fund, to be based in Athens and which will recapitalize Greek banks and invest in the country's economy.

Product market, energy market and labor market reforms are also to be imposed.