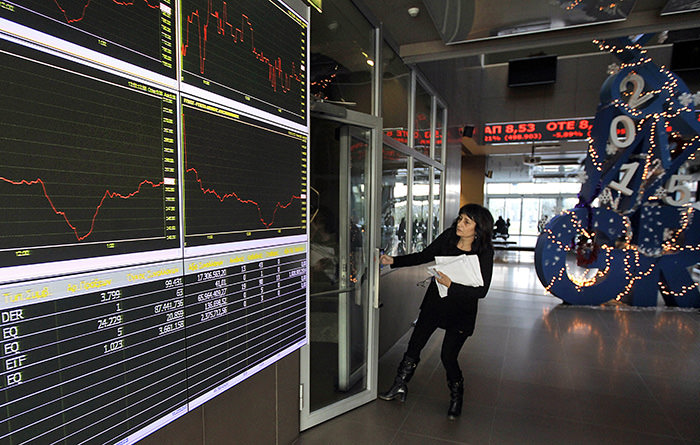 The Greek stock exchange opened Monday after a month and immediately fell by just under 23 per cent.

The president of the Hellenic Capital Market Commission, Costas Botopoulos, told Skai television that he expected heavy losses on the first day of trading after such a long closure.

"The stock exchange ... will come under pressure. This will also be the case for the banks given the fact that they have to be recapitalized," Botopoulos said.

The government has imposed certain restrictions on the stock market: Investors who have money in Greek banks can only buy stocks and shares with funds from outside the country or with cash, Botopoulos said.

The stock market was closed as part of the capital controls imposed by the Greek government on June 29 to prevent money from fleeing the country and a collapse of the banking system.

Greeks have withdrawn billions of euros from their accounts since then over fears of a banking crash.
Last Update: Aug 03, 2015 5:38 pm
RELATED TOPICS