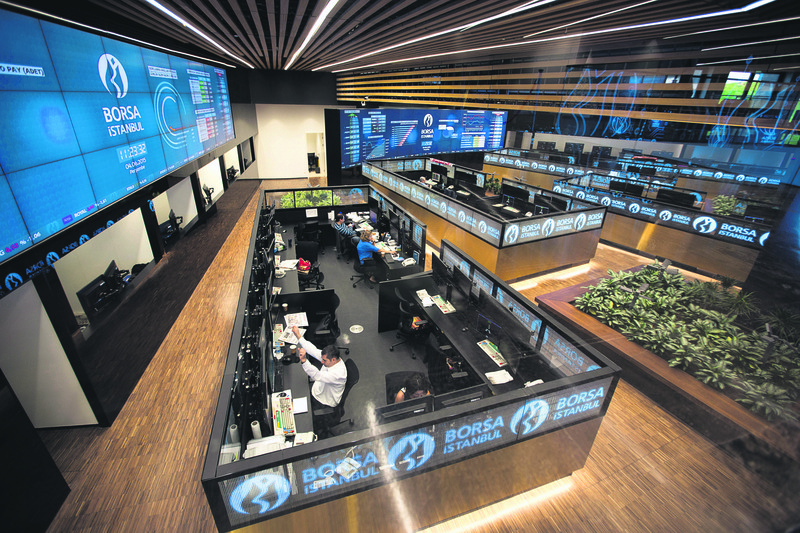 The Istanbul Stock Exchange experienced volatile growth in the fourth quarters of the last five years. The last quarter of this year is expected to be determined by the Fed and China along with political outcomes

While the Istanbul Stock Exchange (BIST100) has experienced volatile growth in the last quarter of the fiscal year since 2010, alternating between positive and negative performances, analysts have announced that the busy agenda this year will result in more growth and break the cycle.

When the Istanbul Stock Exchange's fourth quarter performance for each of the past 4 years is examined, each rise was followed by a fall the next year. For example, the BIST 100 index in 2010 increased by 0.34 percent when compared to the previous year; then in 2011, it fell by 14.12 percent, and an increase of 17.79 percent was observed in 2012. In 2013, the index fell by 8.97 percent. Again, the performance was positive in 2014 with an increase of 14.39 percent. While it is still unclear how the exchange will move, this year analysts believe that risks as well as opportunities might rise in the last quarter.

After the U.S. Federal Reserve (Fed) kept interest rates at the same level after its meeting in September, analysts believe that the recent speeches of Chairwoman Janet Yellen might again cause expectations for an increase in interest rates to rise. Further, the general elections and the political stance to be adopted afterwards will probably have the biggest effect on the local agenda.

The BIST 100 index has increased by 13 percent since the beginning of this year; however, the increase on an annual basis will not be higher than the increase last year – around 26 percent on an annual basis. Analysts further point out that volatility in both local and international markets will remain high in the last quarter.

Speaking to Anadolu Agency (AA), Turkish Investment Research Head of Department Baki Atılal underlined that volatility will be high and that the Fed's rate decision and China will remain on top of the agenda. He further noted that there are two Fed meetings in October and December, which will again affect performances in local and global markets.

"At Fed's September meeting, 2016 was mentioned as the first interest rate increase date, while the focus was still on China and developing markets. The Federal Open Market Committee (FOMC) meetings will remain on the radars of the markets as well," said Atılal and added that the results of these meetings and major data like the unemployment rate, core inflation and growth in the U.S. and China are other factors which will influence expectations and performances of markets.

China's economic performance, idle capacity in heavy industries in China and whether the rate of direct foreign capital flow to China will remain directed to service sectors instead of manufacturing industries and the pricing of commodities, as China is the biggest commodity exporter in the world, are other issues to consider according to Atılal. He also pointed out that along with the Fed and China, the Eurozone's economic performance – as it is the biggest export zone for Turkey – will be another matter to be considered. Noting that growth and inflation forecasts of the European Central Bank have been revised downwards means monetary expansion will stretch after 2016 as well. Atılal added that economic markets' agenda might expand after the general elections on Nov. 1.

"If the political order stabilizes in a short period of time, the continuance of the peace process, structural reforms, the Turkish Central Bank's decisions and the effect of credit ratings by international and national credit rating agencies in November and December on local markets will determine local pricings and are likely to be the other issues on the agenda to be considered."

Atılal added that with positive news, the BIST 100 index's dollar resistance is not expected to rise above 27,000 and that the banking sector is transacting with figures much under the average multiplier. Turkey's risk premium is not decreasing due to the high current account deficit and foreign financing requirement and the real sector's need for foreign exchange in the last quarter of the year, and dollar resistance is around 3.07. According to Atılal, in a positive scenario the dollar exchange rate might decrease to TL 2.90; however, with the increasing dollar requirement, TL 3.07 will be the resistance level.

Destek Securities Research Expert Emre Özgüven noted that in these turbulent times in both local and foreign markets, even a failure that one learns lessons from can be considered a success. He noted that new devaluations might occur as a result of Fed meetings and China's growth figures, while the general elections will be the most important factor on Turkey's economy. "Along with whether a parliament will be formed after the general elections, the increasing geopolitical risks and terror attacks plus the credit ratings that will be announced by S&P and Moody's need to be followed closely," added Özgüven.
RELATED TOPICS