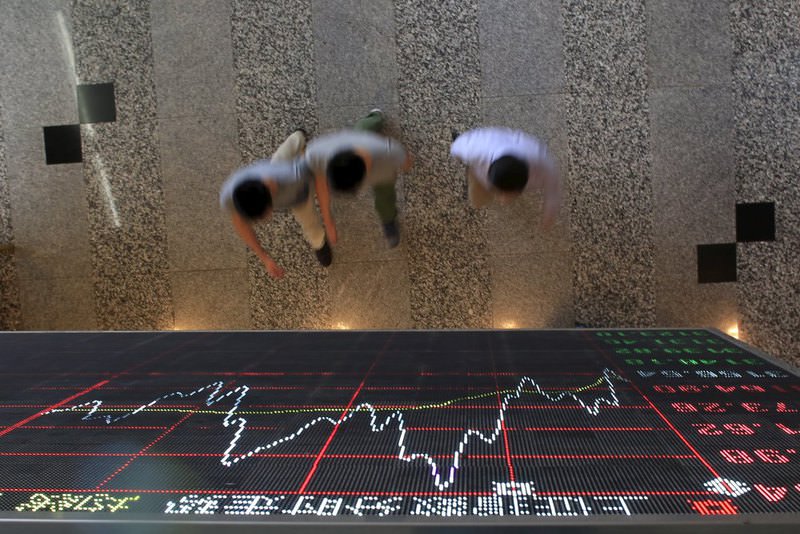 by Oct 21, 2015 12:00 am
European shares fell on Tuesday, after reaching five-weeks highs in the previous session, with mining and energy stocks extending losses in the wake of weak data this week from China. The pan-European FTSEurofirst 300 index, which had opened flat, lost ground to stand 0.85 percent lower, and the euro zone's blue-chip Euro STOXX 50 index fell 0.9 percent.

Traders said shares moved lower as investors took profits due to a lack of any particularly positive news to justify an extension of recent gains, with the focus remaining on U.S. earnings and the European Central Bank meeting this week. Miners such as Glencore and BHP Billiton fell for the second straight day in the aftermath of data from China on Monday, which showed growth in the world's leading consumer of metals was at its slowest since the global financial crisis.

Major energy stocks such as BP and Total also fell, with oil prices losing ground on concerns about oversupply and the health of the global economy. "There is still the legacy of the weak Chinese data that is hanging over parts of the market today," said Hantec Markets' analyst Richard Perry. However, Actelion rose 4 percent after Europe's biggest biotech firm raised its full-year earnings forecast as sales of a new lung and heart drug beat expectations.

SAP edged up 0.3 percent after Europe's biggest software group said it could accelerate past full-year financial targets in the fourth quarter, as it confirmed the strong quarterly results it had outlined last week. A trader said it was time to take profit following the stock's recent buoyant performance.

Satellite companies Eutelsat and SES both fell more than 4 percent after Goldman Sachs downgraded both to "sell" from "neutral". Athens blue-chip index rose 1 percent, outperforming the rest of Europe, as banking stocks were stronger following a Reuters report that recapitalising the country's four main banks will cost less than 20 billion euros. "Banks are higher due to press reports suggesting the bill a bit lower from what was initially expected," said an analyst in Greece asking not to be named, noting however that uncertainty remained on the exact terms of the recapitalisation.

Signs of a Chinese slowdown knocked back European shares in the third quarter, but both the FTSEurofirst and the Euro STOXX 50 remain up by around 5 percent since the start of 2015, helped by supportive measures from the European Central Bank (ECB).

The ECB has pumped cash into the region's markets and kept interest rates at a record low to bolster the overall economy. Traders expected the ECB to pledge similar measures in the future at its meeting on Thursday. Credit Suisse's European economics team wrote in a note that they expected ECB head Mario Draghi to "sound very dovish" at the Thursday meeting, preparing the ground to unveil further economic stimulus measures in December.