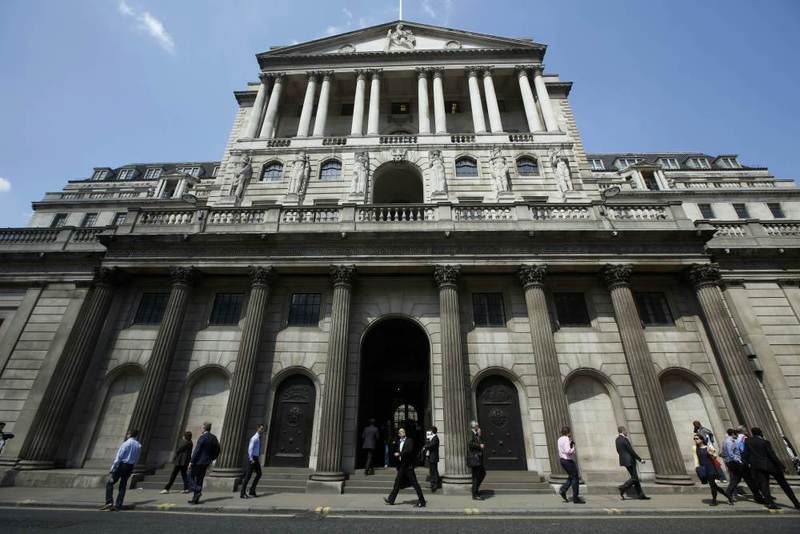 by reuters Oct 22, 2015 12:00 am
Britain's smallest lenders and units of foreign investment banks operating in the country will escape the Bank of England's 'stress tests', the central bank said yesterday, as the country seeks to boost competition in banking. The BoE said it will focus on major banks which account for 80 percent of the country's lending, but left the door open to broaden the scope of its annual tests to include other financial firms such as asset managers. "The United Kingdom needs banks that can weather shocks without cutting lending to the real economy," BoE Governor Mark Carney said.

British taxpayers had to plough billions of pounds to prop up RBS and Lloyds Banking Group after the 2008 financial crisis, and lending to firms and households took years to recover, slowing economic growth.

Stress tests are designed to check banks have enough reserves to cope with any future financial shock without impacting day-to-day business or having to call on taxpayers for help.

BoE Governor Mark Carney said the focus on the largest banks was intended to ensure the BoE's resources were focused on lenders which had the biggest effect on the economy. It will also come as a relief to new entrants. "The Bank's decision to link stress testing expressly to the needs of the real economy will reassure business," the British Chambers of Commerce said.

The BoE did its first sector-wide stress test last year, which looked at how a housing market crash would damage banks' reserves, prompting Royal Bank of Scotland to raise extra capital. The results of this year's test, which will focus on emerging market risks, is due on Dec. 1. The BoE hopes that its approach will encourage banks to lend more prudently, so that they find it easier to pass the stress test.

From next year each bank will be given an individual pass mark for the amount of capital it needs to hold at the end of the test, as opposed to the common hurdle in the tests so far. This year all banks will have to show they still have a core capital buffer of 4.5 percent at the end of the test, but this hurdle is set to be around six percent next year.

The BoE said it did not think there would be much benefit to conducting extensive probes of the British units of foreign investment banks, as their financial health depended on their parent companies, which the BoE cannot regulate.

Only banks with more than 50 billion pounds ($77 billion) of retail deposits will be covered by the stress tests, which includes RBS, Lloyds, HSBC, Santander UK, Standard Chartered and Nationwide Building Society.

Every two years, the BoE will hold a separate stress test to look at structural risks, which could include banks' exposure to currency pegs or industry-wide changes. Stress tests for the 50 percent of Britain's financial sector which is not made up of banks are also on the agenda, though there is no precise timetable. The BoE said the model it applied to banks would often not be appropriate. Many of the risks in non-banks are sector-wide, for example, if a number of mutual funds tried to exit a single asset category at once.
RELATED TOPICS