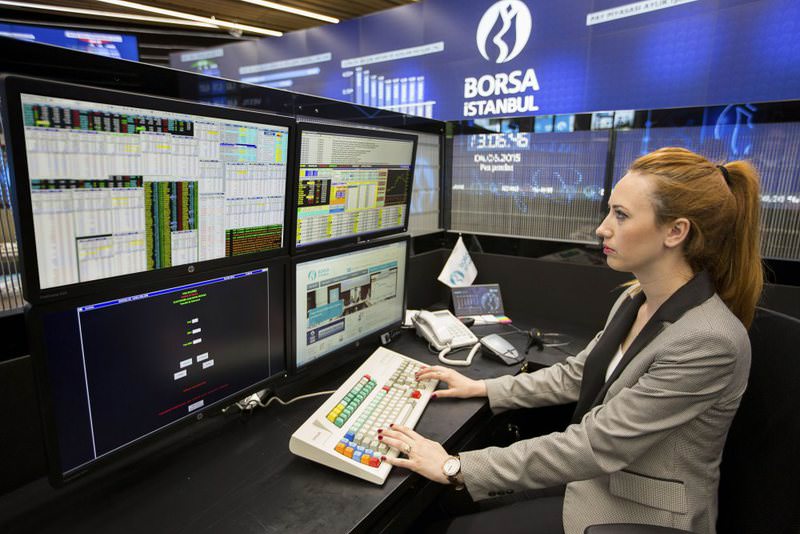 Borsa Istanbul's BIST 100 index rebounded this month with a more than 12 percent increase. Experts wait for a new gain this week, ahead of the Fed's meeting and upcoming general elections on the weekend

Borsa Istanbul Stock Exchange Market investors have gained more than 12 percent in profits on the dollar basis since early October, as specialists suggest the upward trend in the BIST 100 index may continue and reach around 90,000 points on the Turkish lira basis in the best-case scenario. The BIST 100 index has begun an increase in line with expectations in October. The index rose by 12.32 percent on the dollar basis compared to the end of September, and reached 81,000 points on the Turkish lira basis and ended the week at 80.125 points. Bank share markets were the leading part of the BIST 100 index in October when foreign investors conducted the highest amount of weekly purchases of the past year. The banking index rose 9.51 percent and 13.91 percent on the Turkish lira and dollar basis, respectively, in this period.

Bali Atılal, the head of the research department at Turkish Yatırım, said he expected developments in the "main scenarios," such as the U.S. Federal Reserve's (Fed) postponement of interest rate hikes to 2016, the European Central Bank's (ECB) increase of its bond purchase program, the continuation of monetary supports for the invigoration of China's economic activities and the re-emergence of Turkey's EU membership process, to affect the market.

Atılal added that he expected that a government would be formed in Turkey following the Nov. 1 elections, stressing that the current scenario might allow the BIST 100 index to hover between 85,000 points and 90,000 points based on the Turkish lira basis. Underlining that the main determinate on the course of markets is the formation of a government rather than external effects, Atılal said the ECB'S increase of its bonds purchase program and the emergence of negotiations over Turkey's membership in the EU consolidate the expectations for an upward trend. "So, we think that the share weight must be increased," he said.

According to Atılal, the Fed's postponement of an interest rate hike and pricing based on the formation of a government in Turkey enabled dollar-Turkish lira parity to drop to 2.87 due to the decline in euro-dollar parity after ECB President Mario Draghi announced that the monetary loosening policy would be revised. Atılal also said it would not be surprising if dollar-lira parity drops to 2.70 with the support of global conditions after the formation of a government.

Üzeyir Doğan, research manager at Gedik Yatırım, said the Fed's Oct. 28 meeting minutes would be the main determinant of market pricing. Underscoring that he did not expect any move from the Fed during the October meeting, Doğan said the importance of Fed members' expectation of an interest rate hike at the end of 2015 continues, and each statement that was not included in the summary of previous meetings would be individually significant.

Doğan said domestic markets and other emerging markets might experience a sharp improvement if the Fed decides to launch an interest rate hike in 2015, adding: "This week, Fed pricing might lead to 85,000 points on the BIST 100 index, which ended the week over 80,000 points for the first time in the past three weeks. In a negative case, a corrective action toward 75,000 points might be seen." It would be useful for those who engage in transactions on credits or leverages to reduce positions when the one-and-a-half day Republic Day holiday and the weekend's general elections are taken into consideration, he suggested.

Doğan said the index began experiencing difficulty rising on a daily basis despite its positive weekly closure, adding: "Similar stress on dollar-Turkish lira parity is experienced when downward movements are seen below 2.90. But this week's Fed meeting and the Nov. 1 elections necessitates being prepared against tough movements in both directions."
Last Update: Oct 26, 2015 11:57 am
RELATED TOPICS