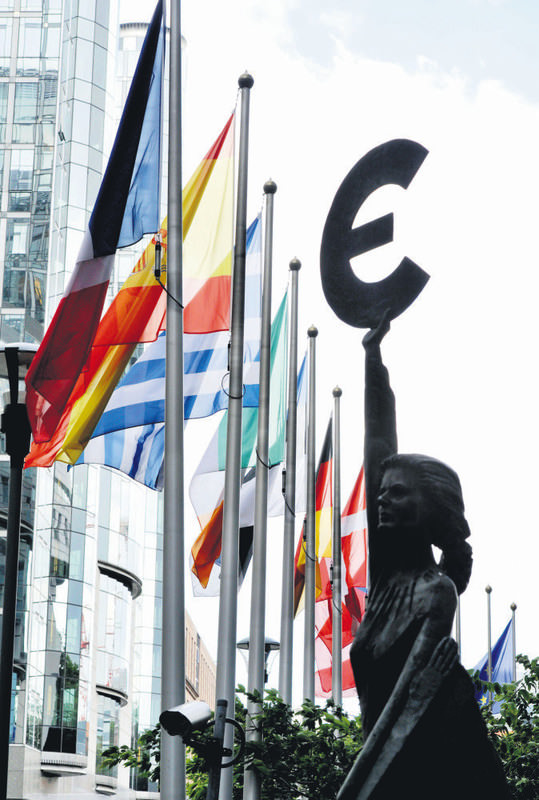 by Dec 22, 2015 12:00 am
Regulation, anaemic economic growth and technology changes will force banks across Europe to find more savings in 2016, with jobs likely to be the biggest casualty, according to investors and analysts. Ten of the region's biggest banks have announced staff cuts of 130,000 since June, according to data compiled by Reuters more than the total number of job losses announced by those banks in 2013 and 2014. But investors believe the industry will need to slim down further and faster to boost profits.

"The perpetrators of 2008 still need to pay a penance and must shrink balance sheets in so doing," said Jamie Clark, co-manager on the Liontrust Macro Thematic team, referring to the banking crisis that triggered a deep global recession from which several of the world's largest economies are still recovering. "We read job cuts as only one sign of the secular, rather than cyclical trend to permanently smaller banks."

Tens of thousands of staff were axed during and after the 2007/09 financial crisis but the fresh wave of cuts in Europe shows how the region's banks are trailing their U.S. counterparts in bringing in structural overhauls.

In 2014 and 2013 a combined 78,000 job cuts were announced at eighteen of Europe's largest banks, which represented 4.1 percent of staff, was far less than cuts of 7.3 percent in headcount across six major U.S. banks.

An IMF study last year of 300 large global banks showed that only about 30 percent of euro zone lenders had a structure that was able to make a reasonable rate of return over time, compared with 80 percent of those in the U.S.

"U.S. banks have mainly done what's needed to be done and are on an upward curve" said Chris Wheeler, bank analyst at Atlantic Equities. "Then you have the 'Road to Damascus banks'. They've finally realized that the market won't bail them out and they have to make some fundamental changes - Deutsche Bank, Credit Suisse, Barclays. It's going to be a year of major change that, in most cases, won't be completed for a number of years."

Dutch lender Rabobank became the latest to wield the axe, announcing this month that it would cut 9,000 jobs, joining Deutsche Bank, UniCredit, Credit Suisse, HSBC and Standard Chartered in announcing workforce culls in the second half of 2015.