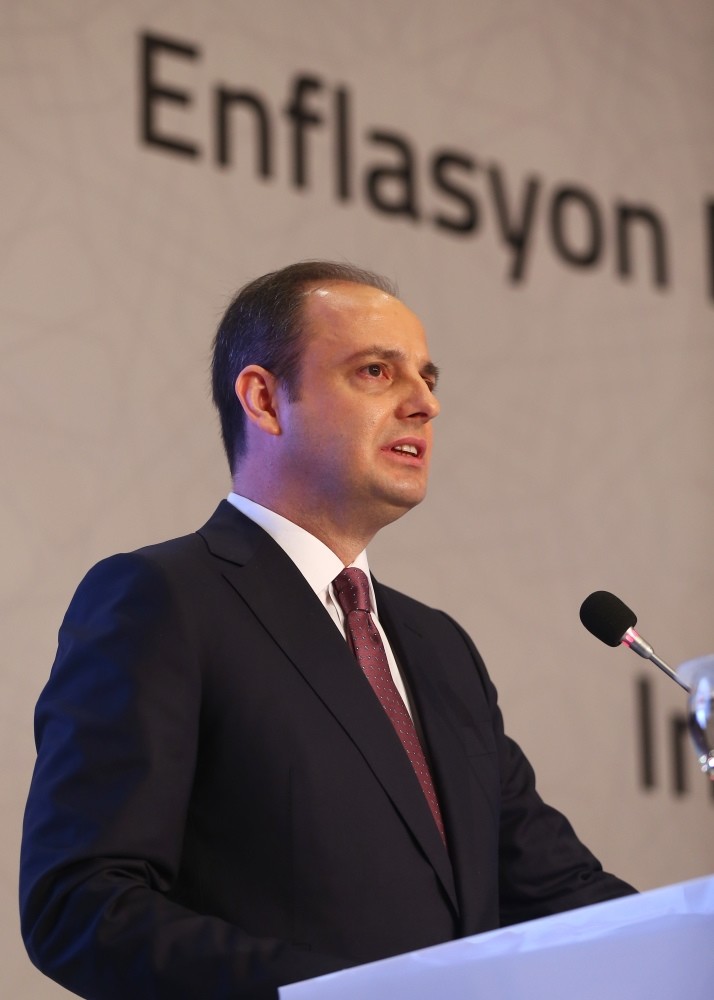 by Daily Sabah Feb 10, 2017 12:00 am
Central Bank of the Republic of Turkey's (CBRT) Governor Murat Çetinkaya said Thursday that they would continue to put emphasis on the bank's policy to carry on its tightening policy, until any observable improvement regarding the inflation was achieved and the CBRT, in that regard, will continue to use all available instruments in its pursuit of price stability objectives.

The governor was speaking at the J.P. Morgan Turkey Macro and Credit Conference in London. In his speech, Çetinkaya elaborated on the recent macroeconomic outlook, monetary policy framework and the coordinated policy actions to support the fundamentals of the Turkish economy.

"We have also stated that inflation expectations, pricing behavior and other factors affecting inflation will be closely monitored and if needed, further monetary tightening will be delivered. Moreover, necessary liquidity measures will be taken in case of unfounded pricing behavior in the foreign exchange market that cannot be justified by economic fundamentals," Çetinkaya said, underscoring the current policy stance indicated a clear and stable tightening that will be preserved until there is a significant improvement in inflation dynamics.

In his speech, Çetinkaya elaborated on the shocks that have hit the Turkish economy over the years, and said, despite the intensity and the size of these shocks, the growth rate has been quite robust until recently, as Turkey experienced a 1.8 percent contraction in the third quarter of 2016.

The governor attributed the strength of the Turkish economy to factors as macro-prudential policies that reduce the sensitivity of economic activity to capital flow volatility, dynamic domestic market, the flexibility of the export market and the fall in energy prices.

"We were able to stick to our plans until the end of the year, even after the currency pressures increased following the U.S. elections. In fact, our interest rate hike in November was the first conventional interest rate response since 2008," he said.

Due to the high volatility in the foreign currency market, which could not be justified by economic fundamentals, according to Çetinkaya, the bank introduced a swift, strong and targeted response. "To this end, we have tightened the liquidity supply and induced a sharp increase in the short-term interest rates at the interbank market. Moreover, to further strengthen our control on the short-end of the yield curve, we have devised a new tool which is practically equivalent to a currency swap. This facility not only sets a benchmark for the price formation in the Foreign Exchange Market (FX Market) but also supplies temporary FX liquidity to the market when needed," Çetinkaya further noted, signaling a tougher monetary policy in the near future with the aim of maintaining stable prices in the real economy.
RELATED TOPICS