US Fed officials say they may need to raise rates 'fairly soon': minutes 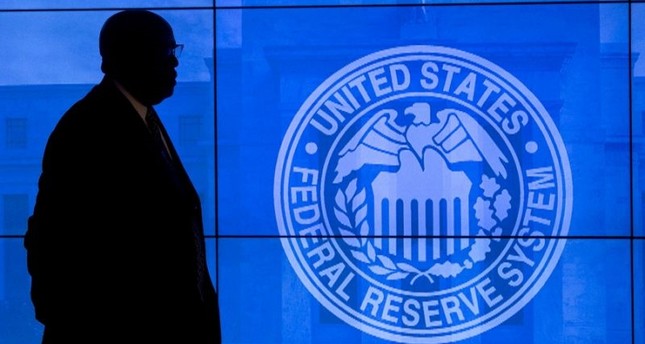 US central bankers say they may need to increase the key lending rate "fairly soon," but are concerned about the uncertainty over President Donald Trump's tax and spending policies, according to the minutes of their last meeting published Wednesday.

Federal Reserve officials said their outlook for the economy and interest rates had not changed much since December, when they indicated three rate hikes were likely this year.

They still expect to only need gradual rate increases if the economy continues to grow at a moderate pace, according to the minutes of the January 31-February 1 monetary policy meeting.

But they said they continue to see "heightened uncertainty" about the timing and impact of possible changes to government spending and tax policies, and pointed to potential risks those changes pose if they fuel inflation.

Trump has promised to deliver a major tax cut plan very soon, and also has pledged to implement a large infrastructure spending project.

The minutes showed a decided split among the central bankers over whether there was a greater risk of inflation, which would make delaying a rate increase more perilous, or if they could afford to hold off to gauge the impact of Trump's policies.

In its first meeting since Trump took office, the policy-setting Federal Open Market Committee said it continues to expect to need only "gradual adjustments" in interest rates to hit the two percent inflation target.

However, "many participants expressed the view that it might be appropriate to raise the federal funds rate again fairly soon" if the labor market and inflation continues to develop as expected.

That statement will add to rising expectations the FOMC might increase the benchmark rate at the March 14-15 meeting.

Fueling the debate among policymakers is the "heightened uncertainty regarding the size, composition, and timing of possible changes to fiscal and other government policies, and their net effects on the economy and inflation."

The officials added that it would take "some time" for the outlook to become clearer.

Many businesses in contact with the Fed have expressed increased optimism because of the expectation of possible corporate tax cuts.

Those expectations and the prospect of increased government spending have also has helped boost stock prices.

But some of the Fed officials cautioned that these changes "might not materialize."

Such policies could boost growth but also fuel inflation.

Some on the FOMC said the uncertainty should not deter them from raising rates.

Others, however, warned of the risk of making a move "in anticipation of policy proposals that might not be enacted or that, if enacted, might turn out to have different consequence for economic activity and inflation than currently anticipated."

Several participants warned there was a high risk unemployment could drop too low, below the current 4.8 percent level, especially if the economy grows faster than expected, which means the Fed "might need to raise the federal funds rate more quickly... to limit the buildup of inflationary pressures."

But others continued to see downward pressure on prices and said "policymakers would likely have ample time to respond if signs of rising inflationary pressures did begin to emerge."

All the participants agreed on the need to "closely monitor inflation indicators and global economic and financial developments."

Other risks to the economy includes the continued appreciation of US dollar, they said.