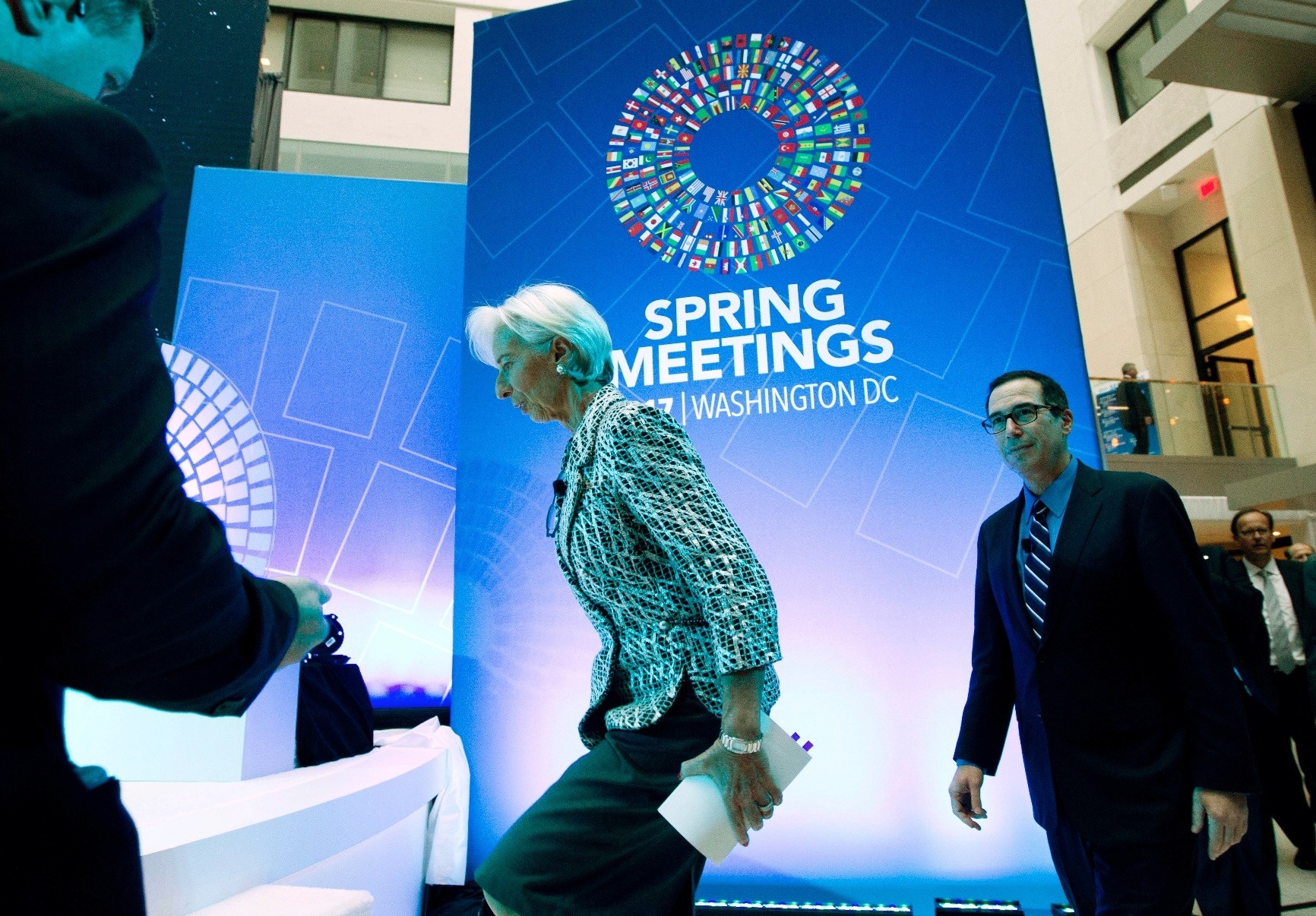 The International Monetary Fund (IMF) dropped a sharp condemnation of trade protectionism and references to climate change from a statement at the close of its spring meetings with the World Bank. Gone was a call for nations to "resist all forms of protectionism" that had been in an October communique. During the presidential campaign, Donald Trump threatened to impose tariffs on China and Mexico and called global warming a hoax. Since taking office, Trump has slashed environmental regulations, and his administration has planned big cutbacks at the Environmental Protection Agency.

The meetings of the 189-nation IMF and World Bank, which wrapped up Saturday, were dominated by concerns over the rising anti-globalization tide that carried Trump to the White House and set the stage for Britain to leave the European Union. Skepticism over the benefits of free trade persists despite signs of economic improvement. The global economy is finally recovering from a long period of economic languor that IMF managing director Christine Lagarde labeled "the New Mediocre." The IMF expects the world economy to expand 3.5 percent this year, up from 3.1 percent in 2016, helped by rising commodity prices and the surprising resilience of China's economy.

But Lagarde and World Bank President Jim Yong Kim said world governments needed to do a better job helping those being left behind economically. Otherwise, a backlash against globalization could pressure governments into adopting protectionist policies that would harm world trade and growth.

In its communique Saturday, the IMF urged nations to avoid "inward-looking policies," but did not include the stronger language of the October communique. At a closing news conference, Lagarde and Agustin Carstens, head of the Bank of Mexico and chair of the IMF's policy committee, sought to downplay the changes. Lagarde noted that a separate document setting out the IMF's policy agenda did retain strong language condemning protectionism and promoting efforts to combat climate change. Carstens said that it was important to recognize the viewpoints of different countries.

"The United States is probably the most open trading market there is," Mnuchin said.