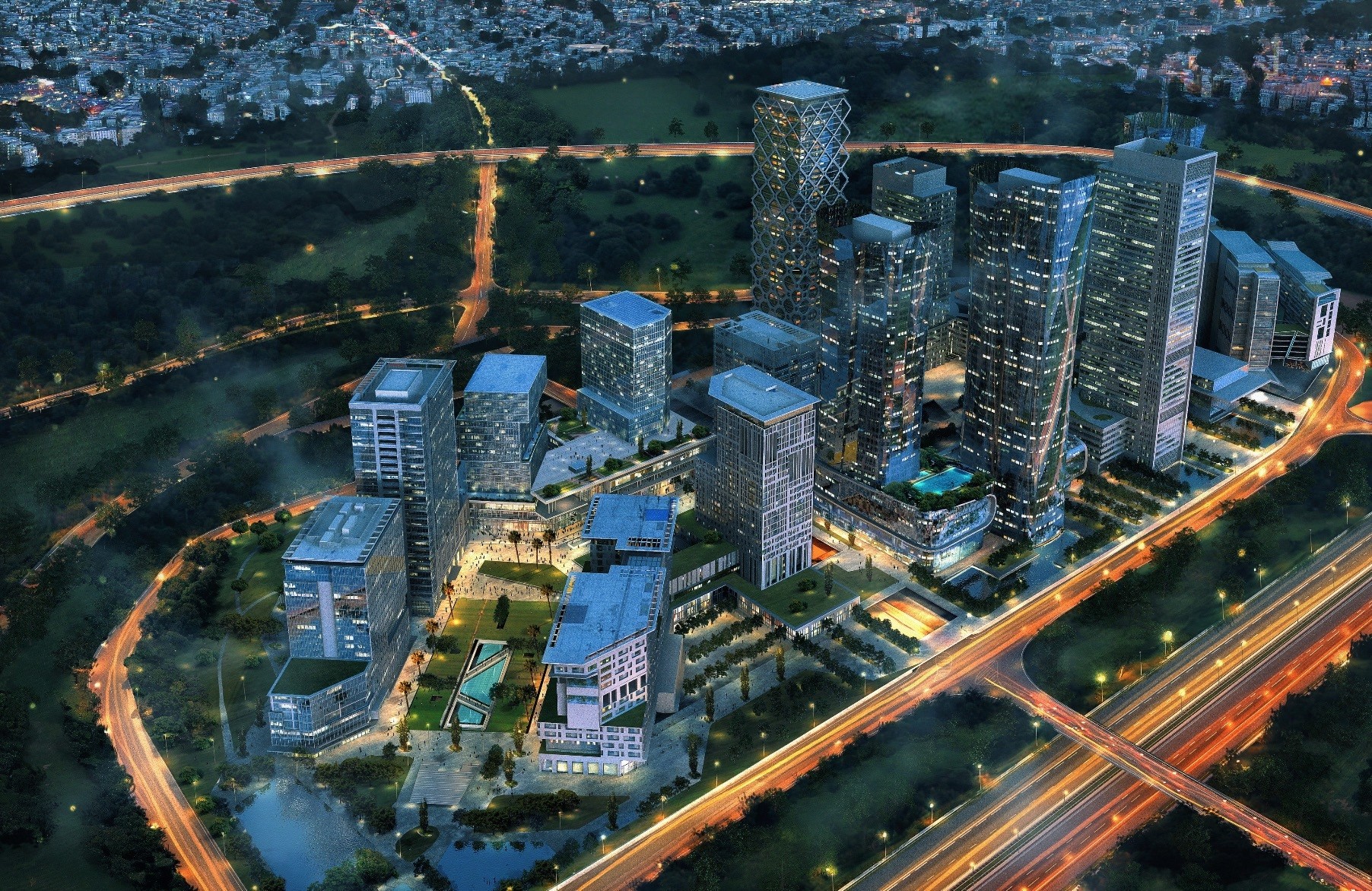 YDA İnşaat and Makro İnşaat participated in the cutthroat tender held on April 26 with TL 437.9 million and TL 100 million, respectively. TOKİ President Mehmet Ergün Turan said that they would receive the final bids from participating companies in the second session of the tender. "We will make our final decision at the end of the second session. The company that receives the land will develop the project on the land and give the determined ratio of the income generated in the sale to TOKİ as the land share."

The area allocated for the central bank, which will be located in the International Financial Center's second region and the tenth parcel, is 15,960 square meters. The 55-story central bank building will include offices, a trade area and a hotel. Many private and public buildings in the region also draw attention with their high-rise. Noting that the Istanbul Financial Center project will generate approximately 20 billion euros a year, Turan pointed out that Istanbul is competing with cities like Dubai, Beijing, and Warsaw to become a financial center and that the project also includes construction of public institutions such as the central bank, Ziraat Bank, Halk Bank, Vakıfbank, the Banking Regulation and Supervision Agency and the Capital Markets Board.

Heart of the center

Turan stated that changes in world financial markets have important potentials for Istanbul and that they can offer new opportunities. "In a period when financial momentum promises serious transformations in the global course, our financial center will become one of the country's investment projects with high revenue on the international scale," Turan said. "Our center will contribute to the strengthening of international corporate initiatives such as the Turkey Sovereign Wealth Fund."

Suggesting that they will have an international corporate structure with completion of the Istanbul Financial Center, Turan said that in this way Turkey will take its place among the world's leading global financial centers where all kinds of financial instruments can be issued, deserving its place in the 'league of giants'. "Thus, with this investment whose infrastructure will be carried out by TOKİ, we are preparing financial markets for the league of giants. The central bank whose tender has been held with the CMB and BDDK buildings, which are currently under construction, will be the heart of our financial center," Turan said, adding that 768,000 square meters of the Financial Center project, which will be realized on an area of approximately 3 million square meters, will be constructed by TOKİ.