China rejects downgrade by Moody's, says it is 'inappropriate' 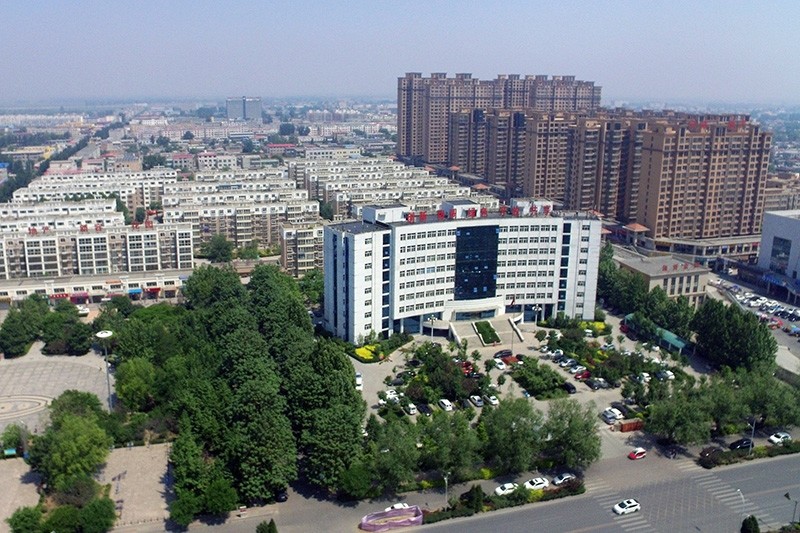 An aerial view of an area of Rongxian county that will form part of Xiong'an New Area, a megacity that is being planned in the Hebei province (EPA Photo)
by May 24, 2017 12:00 am

Moody's on Wednesday slashed China's credit rating for the first time in almost three decades citing concerns about the country's rising debt and slowing growth, but Beijing rejected the downgrade as "inappropriate."

The move comes as China tries to clean up a toxic brew of unregulated and risky lending that for years has fuelled the economy's spectacular growth, though some analysts doubt Beijing's willingness to quit its debt addiction.

The finance ministry rejected the assessment, saying Moody's had used an "inappropriate" method to assess the risks facing the economy.

"It over-estimated the difficulties that the Chinese economy is facing," the ministry said in a statement.

It added that the government's debt ratio in 2016 was 36.7 percent, lower than major market economies, and that the "expansion of the scale of government debt has been effectively controlled".

"The downgrade reflects Moody's expectation that China's financial strength will erode somewhat over the coming years, with economy-wide debt continuing to rise as potential growth slows," the agency said.

China's total outstanding credit surged to 260 percent of gross domestic product (GDP) by the end of 2016 and the International Monetary Fund has warned that a debt crisis in the country could "imperil global financial stability".

But Moody's said it expects China's growth potential to decline to close to five percent over the next five years, citing diminishing investment, an accelerated fall in the working age population and a continuing dip in productivity.

"The direct impact is that this would make China's debt financing more difficult and the financing cost would also rise. "This is like throwing cold water when everyone is optimistic about China's economy."

But Liao said the move "makes no sense" because China's growth has improved from last year and the threat of trade protectionism from US President Donald Trump's administration has subsided.

Moody's cut the long-term local currency and foreign currency issuer ratings to A1 from Aa3, the first reduction since late 1989 as it assessed the impact of the Tiananmen Square crackdown on China's trade with the world.

However, Moody's upgraded its outlook to stable from negative, where it had been since March 2016.

"The stable outlook reflects our assessment that, at the A1 rating level, risks are balanced," it said in its ratings note.

"The erosion in China's credit profile will be gradual and, we expect, eventually contained as reforms deepen," Moody's said.

"The strengths of its credit profile will allow the sovereign to remain resilient to negative shocks, with GDP growth likely to stay strong compared to other sovereigns, still considerable scope for policy to adapt to support the economy, and a largely closed capital account."

Fears are mounting that China is flirting with a potential disaster worse than the U.S. sub-prime collapse that sparked the global financial crisis, and Japan's 1990s asset-bubble meltdown and resulting "lost decade".

But analysts have expressed skepticism about whether Beijing will back up its talk with real action since freewheeling credit conditions have underpinned the growth China's Communist Party relies on for political legitimacy.

"It is not going to come as any great news to the world that China has problems with a huge credit boom that, in the end, is probably going to require government intervention to bear some of the costs," Richard Jerram, chief economist at Bank of Singapore, told Bloomberg News.