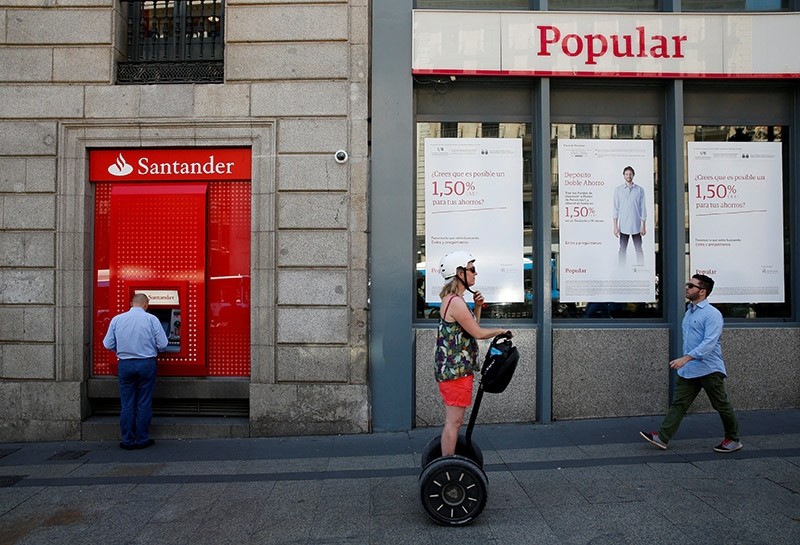 A man uses a cash dispenser at a branch of Spain's biggest bank Santander next to a Banco Popular branch in Madrid, Spain, June 7, 2017. (Reuters Photo)
by Compiled from Wire Services Aug 08, 2017 12:00 am

The European Commission, which oversees competition issues, said that investigators concluded "the transaction would not raise competition concerns" in Europe's economic area.

It said their combined market share would be limited, and that strong competitors remain in all markets affected by the move.

Banco Santander said on June 7 that it would pay 1 euro to take over its rival in a deal that showcases Europe's new system to rescue failing banks without burdening taxpayers or markets.

The takeover was conducted in an auction sanctioned by European authorities after Europe's main banking regulator, the European Central Bank, said it believed Popular was "failing or likely to fail."

The Spanish government said that Popular would not have been able to remain open without the buyout, adding that it had both preserved people's savings and avoided the expenditure of any public funds in keeping the bank afloat.