Bank of England raises rates for 1st time in a decade 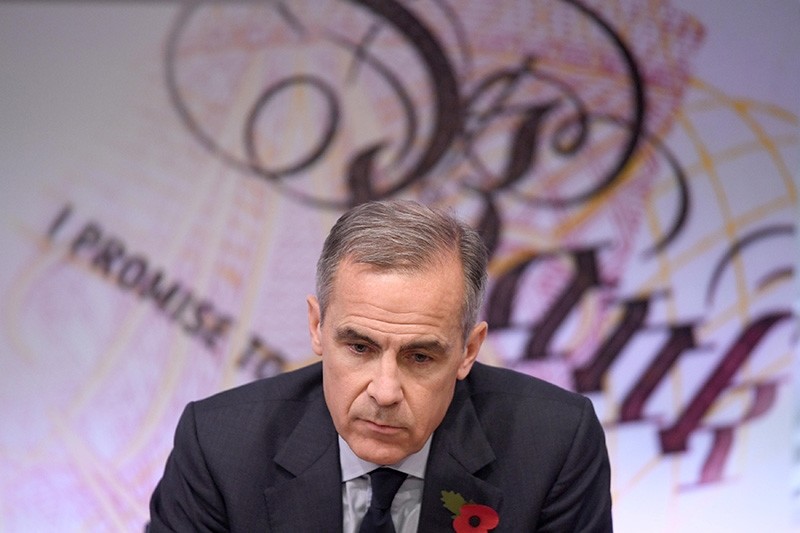 The Bank of England on Thursday announced the first interest rate rise for 10 years, reversing an emergency cut in August 2016 following Britain's vote to leave the European Union.

The bank lifted the base lending rate by 0.25 percentage points to 0.5 per cent.

The bank was acting to "support the economy during the adjustment process" for Brexit, Mark Carney, the central bank's governor, told reporters.

"With unemployment at a 42-year low, inflation above target and growth just above its new, lower speed limit, the time has come to ease our foot off the accelerator," Carney said.

It said the committee "now judges it appropriate to tighten modestly the stance of monetary policy in order to return inflation sustainably to the target [of 2 per cent]."

Carney said the bank wanted to "bring inflation back to target and keep it there once the effects of temporary factors - predominantly those caused by the [Brexit] referendum-related fall in sterling - dissipate."

"In many respects, the decision today is straightforward ... Of course, these are not normal times," Carney said.

"Brexit will redefine the U.K.'s relationship with our largest trade and investment partner. And it will have consequences for the movement of goods, services, people and capital as well as the real incomes of U.K. households."

"All it's doing is taking back an emergency cut," Roger Bootle, an analyst at Capital Economics, told the BBC, adding that it was "exactly the right decision."

Bootle told the broadcaster that the bank should not rush into more interest rate rises.

"Just because rates have gone up now by a quarter per cent does not mean to say that they should necessarily carry on rising month after month," he was quoted as saying

Inflation has been boosted in the past year by the pound's 15 percent fall since the Brexit vote in June last year, which raised the cost of imported goods like food and energy. That impact is a one-off, the bank conceded, and is likely to fade in coming months while higher wages and productivity grow.

Though the rate rise may not amount to much, it has symbolic value.

"For a whole generation of U.K. households now entering adulthood, it's a small but important reminder that interest rates can move in an upward direction, even if only slowly," said Lucy O'Carroll, chief economist at Aberdeen Standard Investments.

While the rate hike may stretch some household budgets, it will be welcome to savers, who have seen returns sharply diminished in the era of super-low interest rates. Nationwide Building Society, one of the country's biggest financial institutions, said it will pass on the full quarter-point rise to savers.