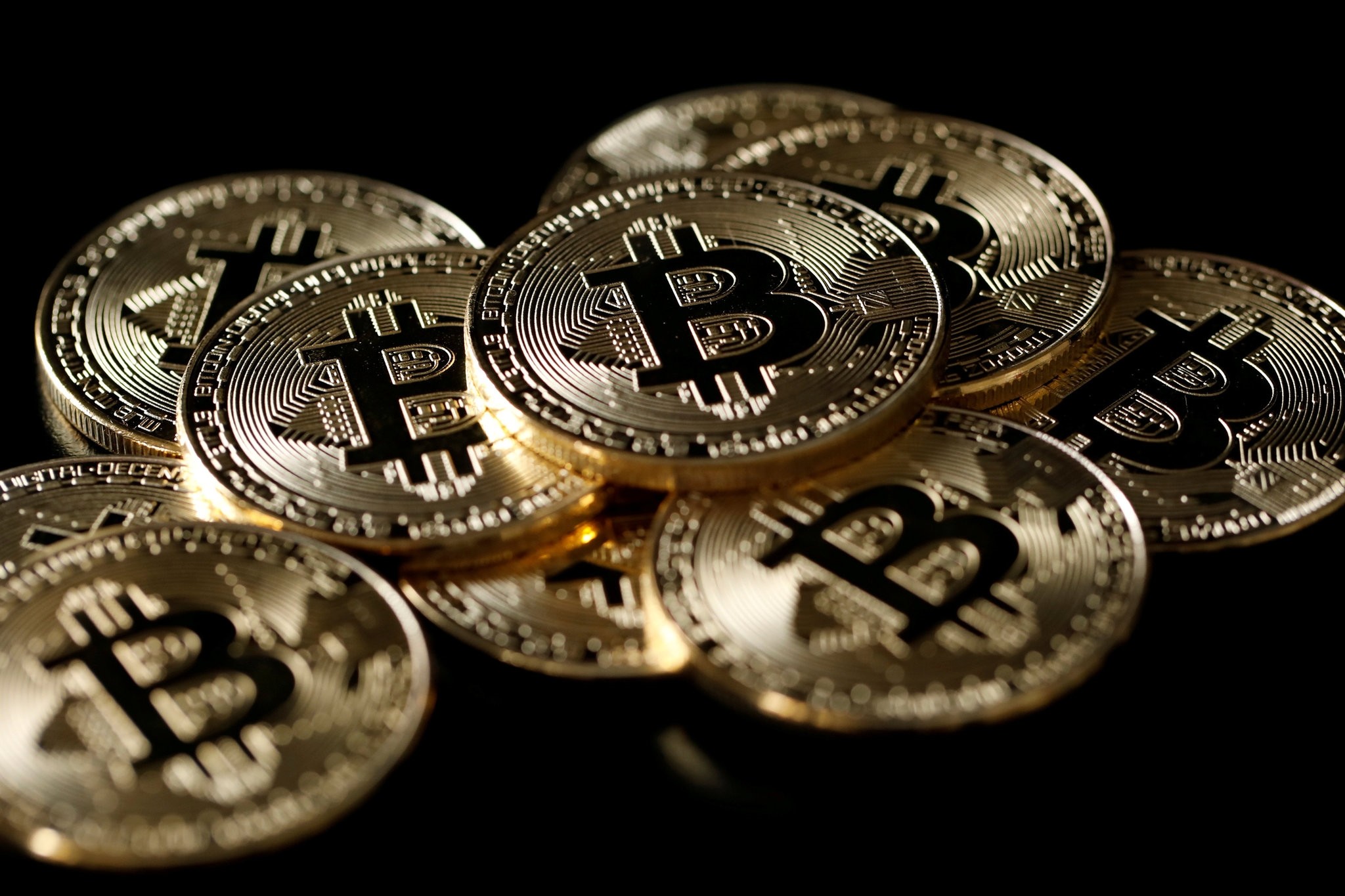 A collection of Bitcoin (virtual currency) tokens are displayed in this picture illustration taken December 8, 2017. (REUTERS Photo)
by reuters
Jan 16, 2018 12:00 am
Bitcoin slid as much as 18 percent on Tuesday to a four-week low, as fears of a regulatory crackdown on the market spread after reports suggested it was still possible that South Korea could ban trading in cryptocurrencies.

Bitcoin's slide triggered a selloff across the broader cryptocurrency market, with biggest rival Ethereum down 23 percent on the day at one point, according to trade website Coinmarketcap, and the next-biggest, Ripple, plunging by as much as a third.

Bitcoin traded as low as $11,191.59 on the Luxembourg-based Bitstamp exchange. By 1400 GMT it has edged up to $11,650, but that was still down more than 14 percent, leaving it on track for its biggest one-day fall since September.

Jamie Burke, chief executive of Outlier Ventures, a venture capital firm that is one of the biggest holders of top-10 cryptocurrency IOTA, said the belief the market was overdue a correction was making traders jittery and that was exacerbating the scale of the moves.

"There's no way you can rationalize that there's any value in the market at the moment; everything is significantly overpriced," he added. Burke holds a number of top-20 cryptocurrencies in a personal capacity.

South Korean news website Yonhap reported that Finance Minister Kim Dong-yeon had told a local radio station that the government would be coming up with a set of measures to clamp down on the "irrational" cryptocurrency investment craze.

South Korea said on Monday that its plans to ban virtual coin exchanges had not yet been finalized, as government agencies were still in talks to decide how to regulate the market.

That came amid news that a senior Chinese central banker had said authorities should ban centralized trading of virtual currencies and prohibit individuals and businesses from providing related services.

China shut down exchanges operating on the mainland last year - a move that also sparked a selloff, though the market later recovered.

"It's mainly been regulatory issues which are haunting (bitcoin), with news around South Korea's further crackdown on trading the driver today," said Think Markets chief strategist Naeem Aslam, who holds what he described as "substantial" amounts of bitcoin, Ethereum and Ripple.

"But we maintain our stance. We do not think that the complete banning of cryptocurrencies is possible," he said.

Cryptocurrencies enjoyed a bumper year in 2017 as mainstream investors entered the market and as an explosion in so-called initial coin offerings (ICOs) - digital token-based fundraising rounds - drove demand for bitcoin and Ethereum.

The latest tumble leaves bitcoin down around 40 percent from a record high near $20,000 hit in mid-December, wiping about $130 billion off its total market value - the unit price multiplied by the number of bitcoins that have been released into the market.

A director at Germany's central bank said on Monday that any attempt to regulate cryptocurrencies must be on a global scale as national or regional rules would be hard to enforce on a virtual, borderless community.

The latest plunge in the market came as wealth management firm deVere Group, which has $12 billion under advisement, said it was launching a cryptocurrency app that would allow users to store, transfer and exchange five of the biggest digital coins, citing "soaring global demand".