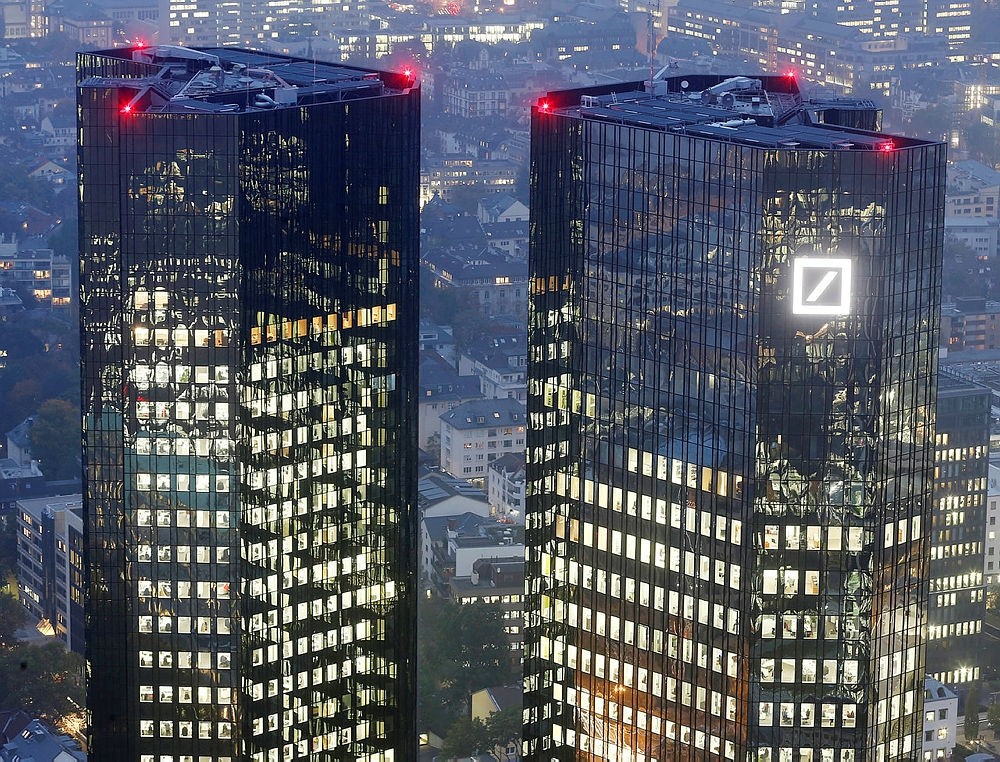 Germany's biggest lender Deutsche Bank reported losses of 512 million euros ($639 million) for 2017 Friday, blaming changes to the US tax code for pushing it into the red.

The group had hoped to return to profit in 2017 after years spent battling through a far-reaching restructuring and shouldering massive fines from supervisors.

The Frankfurt-based bank said in a statement that its net loss amounted to 512 million euros ($640 million) last year, narrower than the loss of 1.4 billion euros in 2016.

At a pre-tax level, however, Deutsche Bank was back in the black, notching up a profit of almost 1.3 billion euros, compared with a loss of 810 million euros the previous year.

"Only a charge related to US tax reform at the end of the year meant that we had to post a full-year after-tax loss," chief executive John Cryan said in a statement.

"We believe we are firmly on the path to producing growth and higher returns with sustained discipline on costs and risks."

Deutsche Bank had hoped to return to profit in 2017 after years in the red due to a deep restructuring programme and fines from a string of different legal cases.

But while the US lowered corporate taxes late last year, the changes nevertheless represented a short-term hit for Deutsche Bank, as the tax breaks it received for its financial difficulties shrank along with the tax rate.

Warning about the effect earlier this month, Deutsche Bank forecast that it would benefit in the longer term, as its average tax rate around the world would fall to 30 percent from 2018.