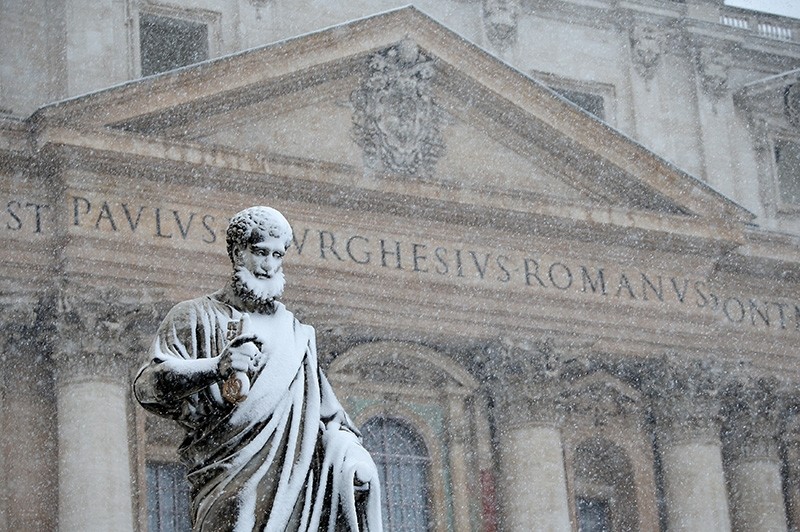 Vatican prosecutors have indicted the former president of the Vatican bank and his lawyer on embezzlement charges, holding them responsible for losses of more than 50 million euros ($62 million) from real estate sales.

The trial of Angelo Caloia, the highest ranking Holy See financial official to be indicted, and his lawyer is due to begin March 15. A third person who was originally under investigation, former IOR director general Lelio Scaletti, died several years ago.

The Institute for Religious Works said in a statement late Friday that Caloia and his lawyer were charged with alleged acts of embezzlement and self-laundering between 2001 and 2008, when the bank disposed of "a considerable part of its real estate assets."

The IOR, as the bank is known, is joining a civil case alongside the criminal trial to try to recover some of the Vatican's losses.

Caloia and Liuzzo have both repeatedly denied wrongdoing. They were not immediately available for comment on Friday.

The bank said damages had been estimated to be more than 50 million euro and that the IOR would be seeking compensation for damages.

Reuters reported exclusively in December 2014 that the Vatican's top prosecutor, Gian Piero Milano, had frozen millions of dollars in accounts held by the three men.

They were suspected of embezzling money while managing the sale of 29 buildings sold by the Vatican bank to mainly Italian buyers between 2001 and 2008, according to a copy of the freezing order reviewed by Reuters at the time.

In the freezing order, Milano said the men regularly under-represented the proceeds from real estate sales in the Vatican bank's official books. The men allegedly received the difference between the real sale prices and the amount officially recorded separately and often in cash, according to the order.

Some of the proceeds were deposited in a Rome bank account that was not registered on the IOR's balance sheet, the prosecutor said. An estimated 57 million euros were allegedly siphoned off illegally between 2001 and 2008.

The bank's internal investigation into the alleged scam begun in 2013 by then-president Ernst von Freyberg, a German businessman.

Freyberg commissioned an independent audit of the sale of properties that had been owned by the bank after noting suspicious accounting procedures under previous administrations.

Feyberg, who was president until 2014, began an overhaul of the bank, which for decades was embroiled in numerous financial scandals.

Thousands of accounts were closed and last year Italy put the Vatican on its "white list" of states with cooperative financial institutions, ending years of mistrust and providing an endorsement of efforts by Pope Francis to clean up finances.

Moneyval, the monitoring body of the Council of Europe, has said in several evaluations that while the Vatican has made great strides in cleaning up the IOR and other financial departments, it needed to be much more aggressive in bringing cases to trial.