Turkey's current account balance posts higher than expected surplus of $2.77B in October 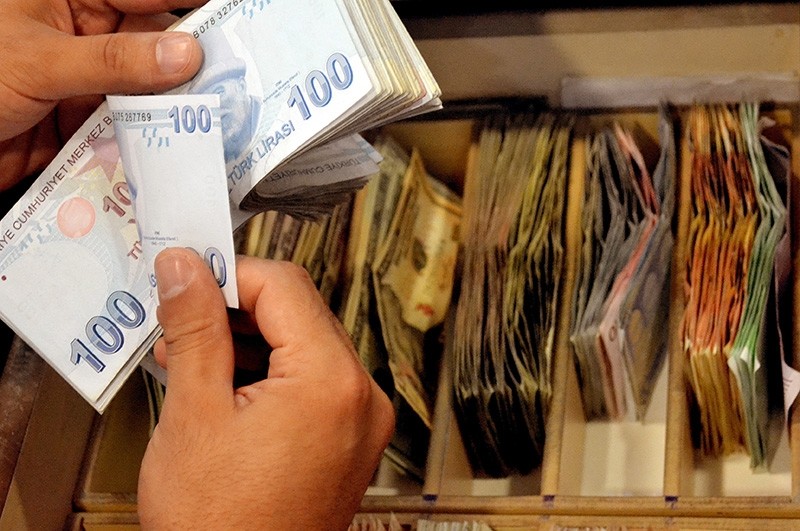 Turkey's current account balance reported a higher than expected surplus of $2.77 billion dollars in October, improving from last year's deficit of $3.83 billion, according to the Central Bank of the Republic of Turkey (CBRT)'s balance of payments report.

October's surplus exceeded the expectation's of economists, who had forecast a surplus of $2.46 billion.

The bank also said that the 12-month rolling deficit fell to $39.4 billion in October from $46.58 billion in September.

In August, the balance posted a surplus for the first time over the past three years with a $2.59-billion surplus, and then showed a 1.83-billion surplus in September.

Excluding gold and energy, current account balance indicated some $6.17 billion surplus in October, versus $466 million deficit recorded in the same month of 2017.

"The current account surplus is mainly attributable to the goods item indicating $799 million surplus in contrast to $5.64 billion deficit observed in the same month of the previous year.

"As well as $447 million increase in net inflows in the services item realizing $3.03 billion," the central bank said.

It stated that travel item under services recorded a net inflow of nearly $2.65 billion, going up $501 million year-on-year.

The country's New Economic Program (NEP), announced in September, is targeting a current-account-deficit-to-GDP ratio of 4.7 percent this year, 3.3 percent next year, 2.7 percent in 2020 and 2.6 percent in 2021.